If you’re in the market for a new Xbox One controller, Microsoft has unveiled a cool new Xbox One controller that glows in the dark. This is part of a promotion for an upcoming game titled “Sea of Thieves”. Whether you end up playing the game or not, it would be sweet to have a glow-in-the-dark controller right? We love things that glow – except for nuclear radiation. That’s not so good. The obvious drawback is if you don’t play games in the dark, then you can’t enjoy those sweet glowing features. 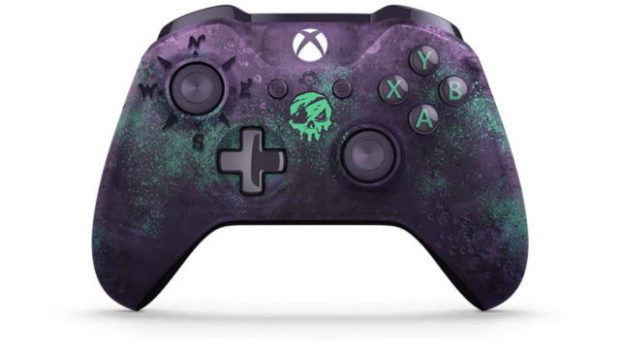 Seriously though, aside from being glowy, it also looks pretty cool. The paint job is all translucent purple with flecks of green paint and “laser-etched barnacles”. One of the triggers is gold and the left control stick has a compass design. It seems like the perfect controller for a modern pirate cruising the high seas of Microsoft’s console. The other advantage here is that you can find your Xbox One controller more easily in the dark.

This controller is a limited edition and you can get it on February 15th, 2018. The actual game arrives on March 20th.

[via Ubergizmo via IGN]