Helite Hip’Air: Airbags for the Elderly

At first, I thought this was a joke. Then I checked the calendar and it wasn’t April yet. Turns out, this is very real and even though it seems a bit silly to be talking about airbags for the elderly, I suppose this is a really good idea. When the elderly fall, they break things way easier than we do. It’s especially bad when they live alone and can’t get help after a fall. 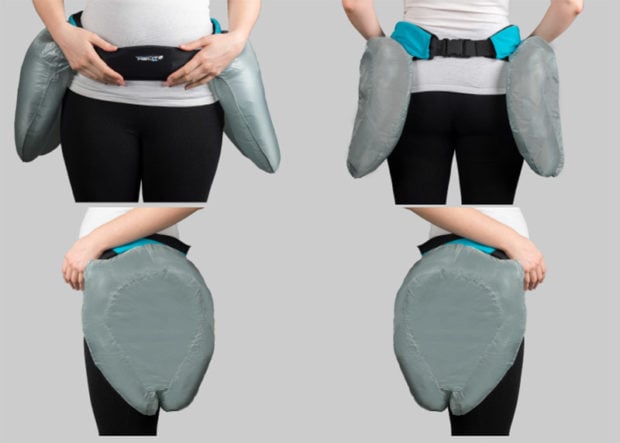 At CES 2018, Helite turned up with a set of waist-wearable airbags called the Hip’Air, which will help protect the wearer from a fall, especially the hip area, which older folks are prone to breaking. Helite has actually been selling similar wearable airbags for some time now, but they have been geared toward sports. Helite says that Hip’Air can detect a wearer falling within 200 milliseconds, and then deploy in an additional 80 milliseconds. This could be a lifesaver for older folks, and certainly could prevent broken bones, which often lead to further health degeneration.

The airbags have a built-in battery that will last a week. We can expect it in Europe this spring and in the US this fall. No pun intended.