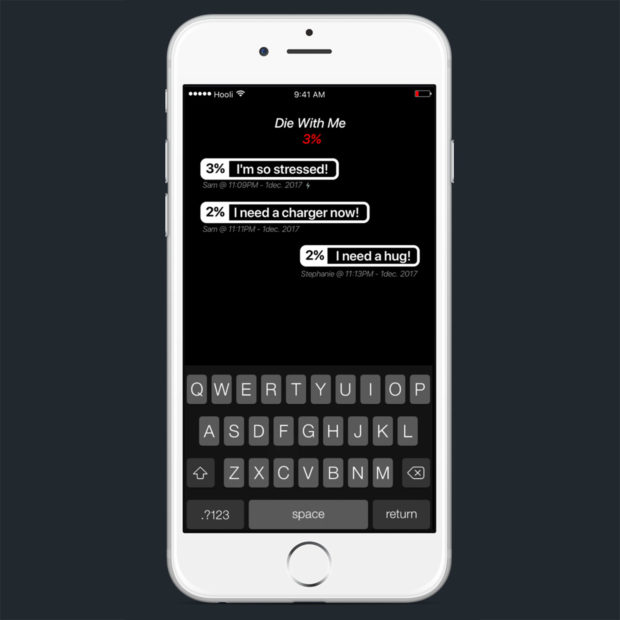 Once you have met that requirement, you can open the app and enter a chatroom with other strangers whose phones are also about to die. So you can all chat away and have a pre-death wake as your smartphone dies.

The app is available for Apple and Android devices. It’s worth a chuckle, but some people have expressed concern that this comical idea will morph into an app for people wanting to make suicide pacts. Of course, they don’t have long to talk before their phones die, so if that happens they better make plans fast.

Belgium artist Dries Depoorter and Montreal interactive developer David Surprenant worked together to create this app. I wonder if they did so when their phones were under 5%.