Remember when all that Colonel Sanders did was make chicken? Those were simpler days. These days KFC actually sells the occasional crazy product as well in addition to its fried birds. The latest crazy product is the KFO drone. AKA PR stunt. It is made in collaboration with drone company Circuit Breaker. As usual, we won’t be seeing it around these parts, but KFC customers in India will soon be able to order food and also get a free drone. Pretty cool, right? 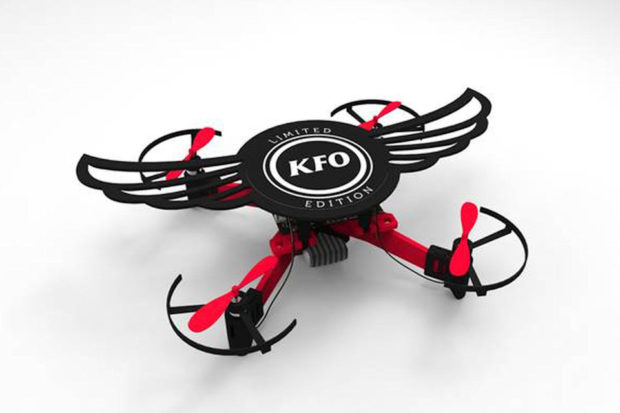 This special deal comes along with KFC’s Smoky Grilled Wings. The drone components will be packaged in the box with the chicken. Once the drone has been assembled by your greasy chicken hands, just connect it to Bluetooth and control it using a smartphone. The KFO drones will only be available for a couple of days this week, so they’ll be gone quickly.

A drone seems more useful than KFC’s Internet escape pod anyway. There is no plan to release the KFO drone in any other countries, which is a shame because American would love to get a drone with some chicken. Why no love for America KFC? Our greasy chicken fingers need a drone too.