Star Wars: The Last Jedi really polarized fans. Whether you loved or hated it, most people would probably agree that there were a few great scenes, like the lightsaber battle in Snoke’s throne room for instance. And like any great Star Wars scene, this one must be translated into 16-bits so we can appreciate it as if it were a classic video game. 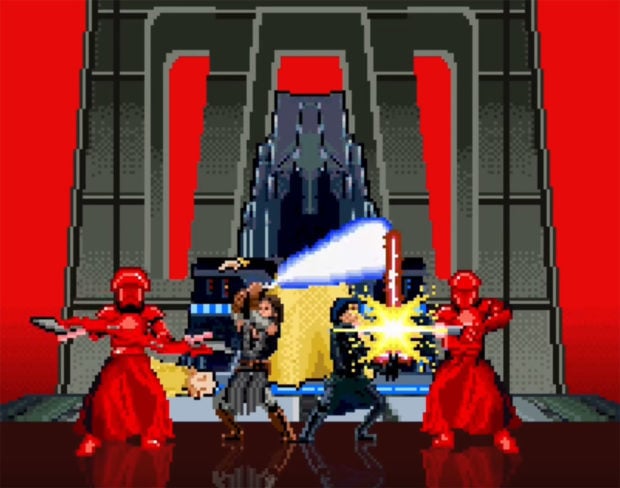 This fun clip comes from Mr Sunday Movies, who also brought us The Last Jedi’s final battle in 16-bit animation. I always say that these videos make me want to play Super Nintendo versions of the movie, because those SNES Star Wars games from back in the day were awesome. If you haven’t seen the movie yet for whatever reason, obviously there are spoilers. But really you should have seen this movie by now. It’s a Star Wars movie. And no matter what the naysayers say, at least there’s no Jar-Jar, no Jake Lloyd, and no pod racing.

I guess it won’t be long before we get some 16-Bit videos from the Han Solo movie, which comes out in May. Now someone please deliver a playable version of this game so I can play it.