Many of us are on the lookout for the impending robot uprising, but once you see this video of skiing robots falling on their butts, you may not be so worried. The footage comes from the Ski Robot Challenge in South Korea outside of PyeongChang. The event was held at the Welli Hilli resort in Hoengseong, about an hour away from the 2018 Winter Olympic games. 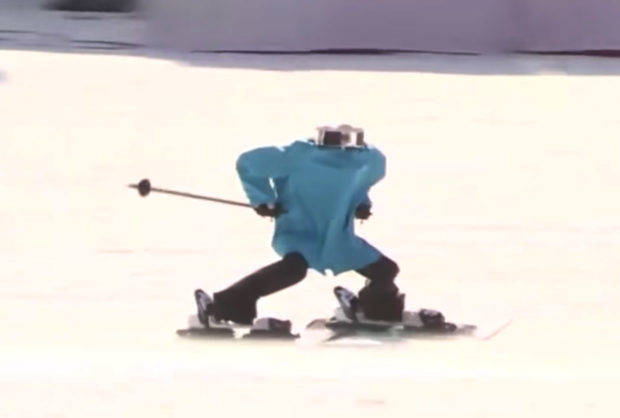 Eight teams competed against each other and the rules state that all robots have to be at least 20 inches tall, have two legs, and operate on an independent power system. Sure, there were a few robots that had impressive runs, but as you can see, there were a lot of fails here. The winning robot was TaekwonV from a company called Minirobot Corp and it took home the $10,000 prize, navigating the course in just 18 seconds with no falls.

This video is sure to make you laugh. I mean, what’s better than robots falling again and again while trying to look cool and do awesome things? This wasn’t an official event at this year’s Olympics, but it should be, so we can watch highlights of robots failing and laugh at them as a society.