Hasbro has unveiled HASLAB, which is their take on Kickstarter. The new crowdfunding program is starting with a huge and crazy toy. That would be a 4-foot long, 14 pound, detailed recreation of Jabba’s Sail Barge from Return of the Jedi. No doubt about it, serious toy collectors are going to love HASLAB. 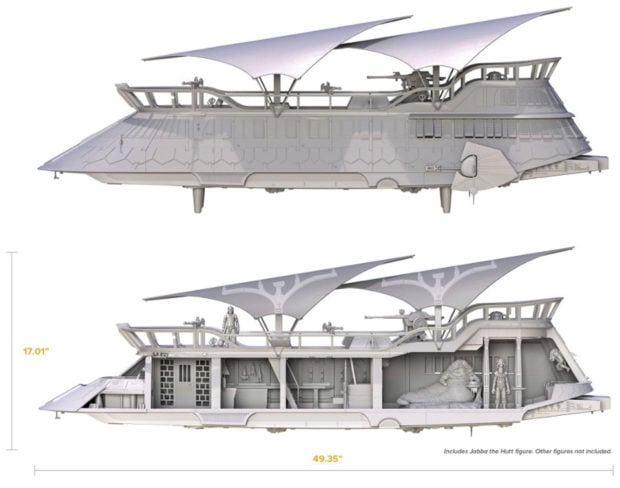 The new program gives Hasbro’s passionate fans the opportunity to be more directly involved in the production of premium toys. The project will initially focus on stuff that is too crazy to be a part of the mainstream toy line. It works like this: Hasbro will announce a potential project, and if enough fans preorder the toy by a certain date, it will get made and released exclusively to backers of the project. This is a great idea and it is the only way certain toys would see the light of day. 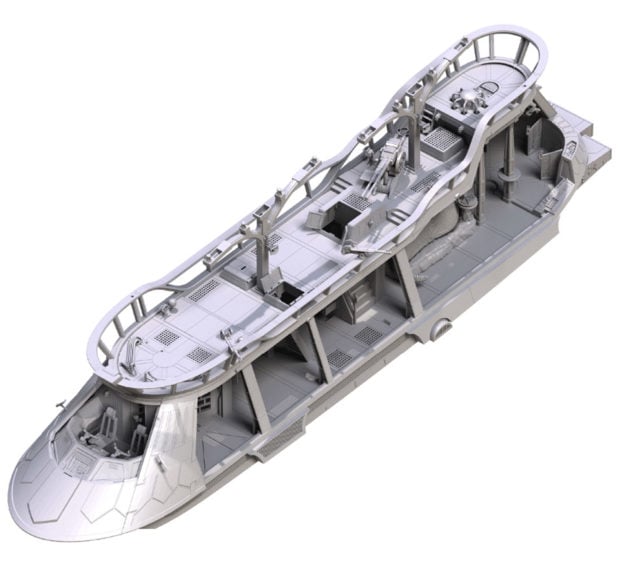 The Khetanna Sail Barge replica is designed to be in scale with the 3.75″ “Vintage Collection” of Star Wars action figures, which makes this thing 49.35″ long, and just over 17″ high. It has a fully-detailed interior accessible by removable panels and includes a special figure of Jabba himself. Buyers will also get a production booklet detailing how the vehicle was translated from the movie to a toy. 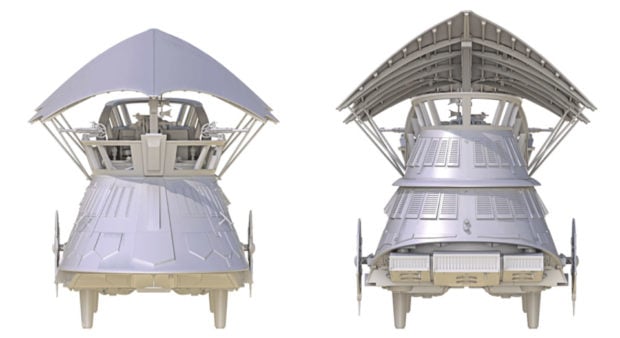 If you’re interested in pre-ordering Jabba’s Barge, head over to the HASLAB website now and pledge your interest (and your $499.99). If they get 5000 backers 4/3/2018, the ship will go into production, with Barges going out around the end of February 2019.