Star Wars Death Star Pet Cave: The Dark Side of the Paws

That’s no moon. That’s a planet destroying space station piloted by a kitten! The Star Wars Death Star Pet Cave is perfect for your small animal, whether it’s Kitty the Hutt or Grand Moff Barkin. This officially-licensed basketball-sized Death Star is just too adorable with your pet peering out from within, as if they are about to power up the weapon’s super lasers. 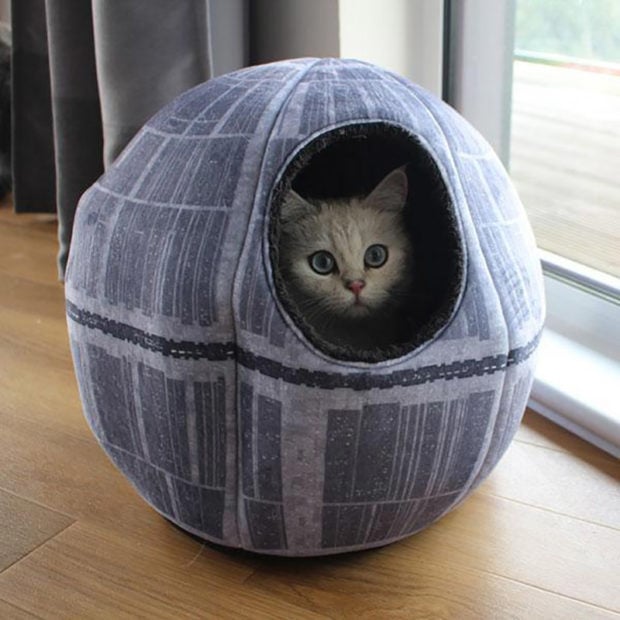 Warn your pet about the Dark Side first, because while it is cozy, it’s also very dark inside. This is a great place for Star Wars fans’ cats and dogs to take a nap. This is great for our pets, but just one thing. Where is our human version? You don’t think I would like to sleep in a Death Star and poke my head out occasionally? Our pets always get the coolest stuff. 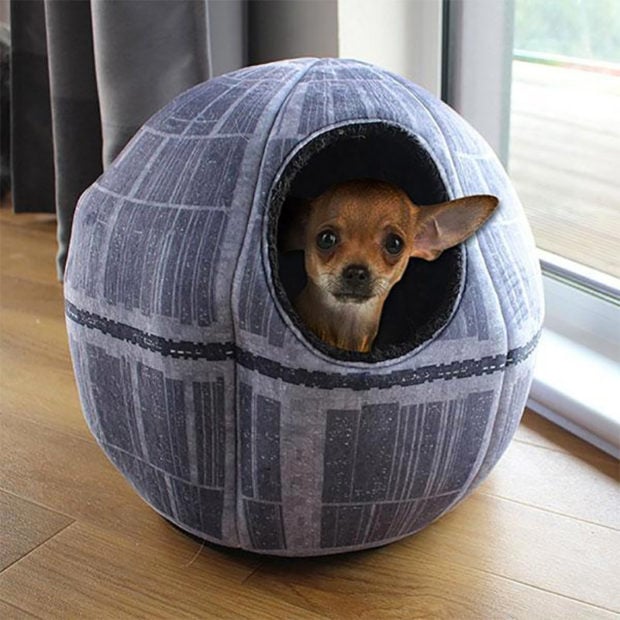 As an added bonus, if you have a dog that likes to chew things up and ruin all of your stuff, he will turn this Death Star into the one from Return of the Jedi. So there’s that. A Death Star cat litter box is what I really want. That way I can pretend they are destroying the space station every time they go in and drop their bombs.

The Death Star Pet Cave is available now from The Fowndry for $43.