I don’t know about you, but I’m sick of shoveling snow every year. Even when you use a snowblower, it requires you to push the thing, while you freeze your butt off. Definitely a first world problem. What I need is this LEGO Technic 42070 6X6 All Terrain Tow Truck that was modified into a functional snowblower by The Brick Wall. 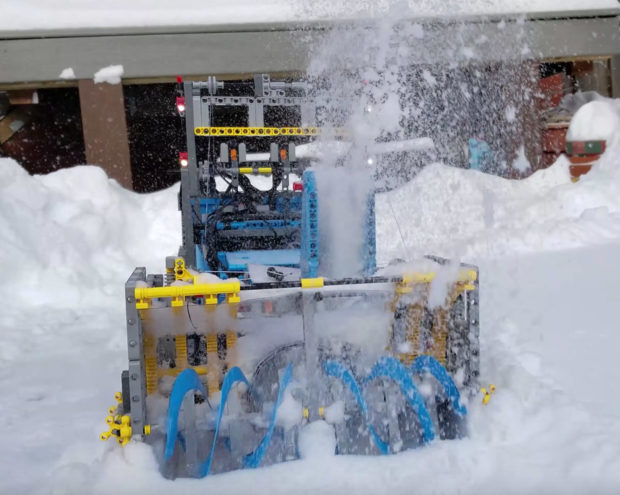 Sure, it’s not super powerful and it isn’t the most effective snowblower, but it’s made of LEGO! And you don’t even have to push the thing around. Who cares if it looks like it would take forever to do its job? That’s what robot slaves are for.

It took three weeks to build this impressive LEGO beast. I’m not sure how many weeks it takes to actually clear the snow. Sorry, that was mean. I’m trying to be nice to all of the machines so that when they take over the world, hopefully I’ll be spared. Seriously though, this is a pretty cool mod. If it just threw the snow to the side, it would be perfect.

What I really need is a snowblower that collects the snow inside of its body, and makes snowballs that can then be launched at children when I’m finished clearing my driveway.