Drones Fly Over the Runway at Milan Fashion Week

Ooh-la-la! Who’s that sexy drone strutting its stuff?.. and who is he wearing? Yes, even fashion models are getting their jobs taken away by robots. At the recent Milan Fashion Week, Dolce & Gabbana showed up with an army of drones that hovered down the catwalk. Unsurprisingly, the drones were able to do everything that the stick figure models usually do. They carried handbags, looked emaciated, lacked personality and had vacant stares. Some people probably didn’t even know that the switch was made. I kid, I kid. 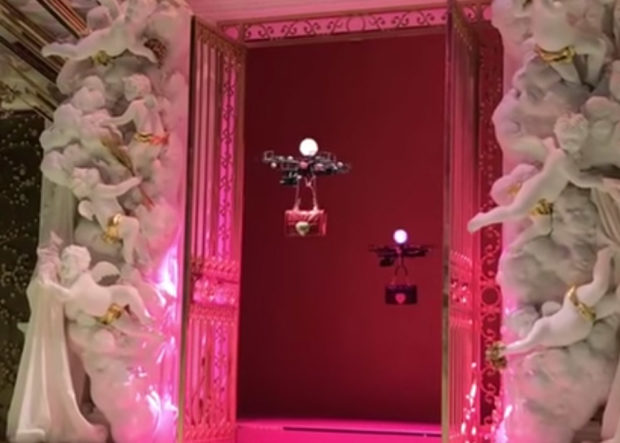 There were some technical glitches though. The audience had to wait for about 45 minutes before the crew behind the scenes finally got the drones to work properly. Divas are like that. Drone Divas are even worse. The drones had their handlers walking along the side of the catwalk to make sure they didn’t crash into any of the people in attendance.

So I guess we can get ready for more drone fashion shows in the future. I’m guessing that next time the drones will have dresses draped over them to really create the illusion that these are supermodels. Since drones are just as cheap to feed as supermodels, I think the real models will need to look for different work. We live in strange times people.

[via Fashionista via Gizmodo]