This Millennium Falcon bed may not look like much, but she’s got it where it counts. This kids mom and dad made a few modifications themselves. Actually they built the whole thing. A guy going by the name Dericrw and his wife built this amazing Star Wars bedroom for their son, hoping that he would sleep in his own room for a change. 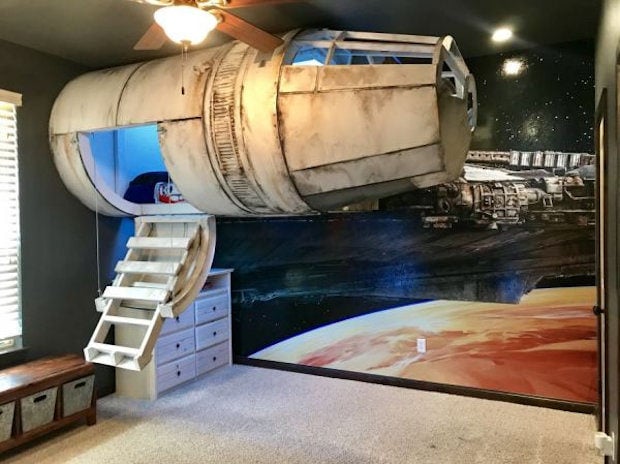 This bedroom is just awesome. The sleeping pod of the Falcon is the size of a twin bed and is bolted to the ceiling joists. So basically when you enter hyperdrive, the whole house falls down, but that’s okay because you’ll be long gone. The rest of the ship is painted on the wall behind it. The inside looks like the best kid fort ever. It even has a fan for air circulation and LED lights. There’s even a TV that the kid can see from the bed. Under the screen is a weapons cache with his NERF guns and lightsabers. And the LED lights on the side glow in different colors. 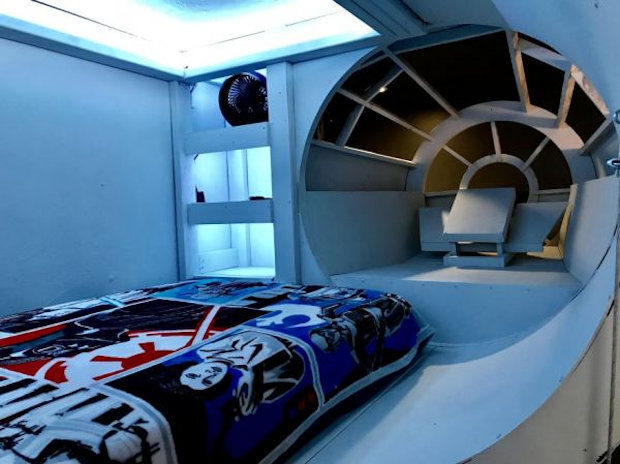 Hmmm. Maybe I should visit my mom and dad and sleep in their room until they give in and build me one of these too. It might just work. But I doubt it. Not at my age. 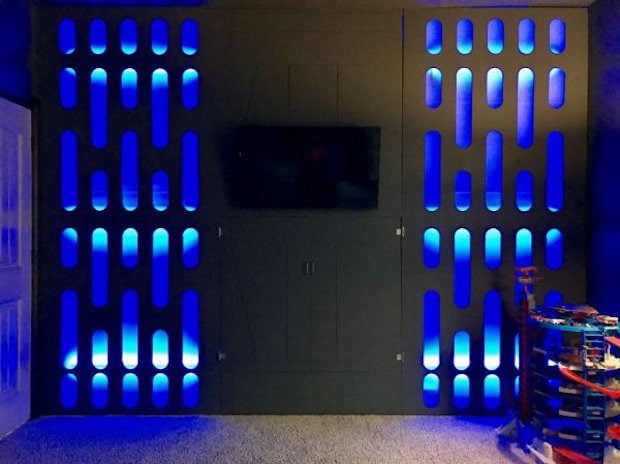