If you thought ED-209 from Robocop was big, he’s nothing compared to some of the huge robots in movies. I’m just hoping that life doesn’t imitate art, because if it does, the robot uprising is going to be full of massive robots. 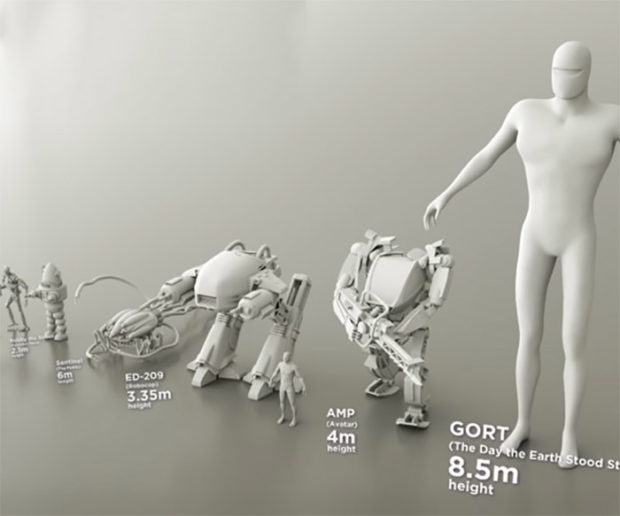 Of course, some nerds will argue that Jaegers, AT-ATs, and the AMPs from Avatar are not technically robots, but let me ask you this: If a giant metal thing steps on you and flattens you like a pancake, does it really matter? No, it doesn’t. At that point, you won’t care. You’re flatter than month old soda. So try not to burn with nerd rage and just enjoy MetaBall Studios‘ size comparison of some movie robots.

I do have to say though, that I question Gort’s size from The Day The Earth Stood Still. I don’t remember him being that gigantic. Perhaps they’re referring to the modern reboot. So who gets the prize for the largest robot here? According to this video, that would be the CyberKing from Doctor Who.

So feel free to point out all of the errors and omissions, and talk amongst yourselves about how it’s all wrong. It’s still a fun little video.