You can add carpenters to the list of occupations that robots are going after now. A team of carpenter hating researchers from MIT‘s Computer Science and Artificial Intelligence Laboratory built this woodworking robot system. It goes by the name Autosaw. 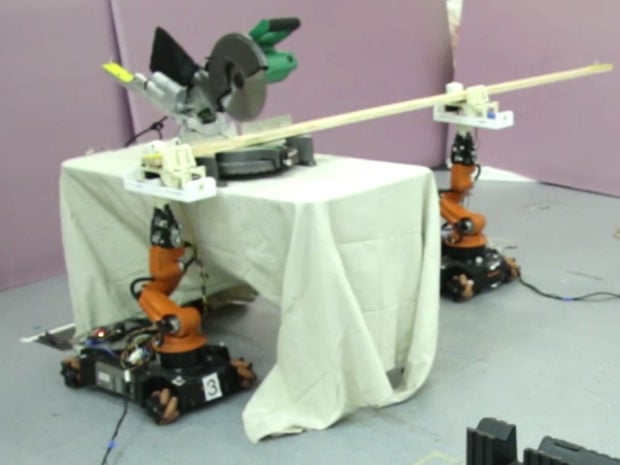 This prototype robotic carpentry system can cut wood on its own, keeping workers safe. It uses various types of small robots to cut different types of lumber that can be used to assemble custom furniture. The idea is that you could choose from carpenter-designed templates for chairs, desks, and other furniture, and then the robots would churn the designs out, leaving real carpenters no other job aside from maybe cleaning up the sawdust.

The system could offer some flexibility for designing furniture for very small houses and apartments. For instance, it could modify a desk to squeeze into an L-shaped living room or customize a table to fit in a tiny kitchen.