Among Kaiju, Godzilla is still the creature to beat. But who’s got room in their house to keep a towering beast like him as a pet? What we need is a dog-sized monster that we can curl up with on the couch. Well, thanks to artist Noger Chen of Goodzilla, we now have the house pet we always wanted. 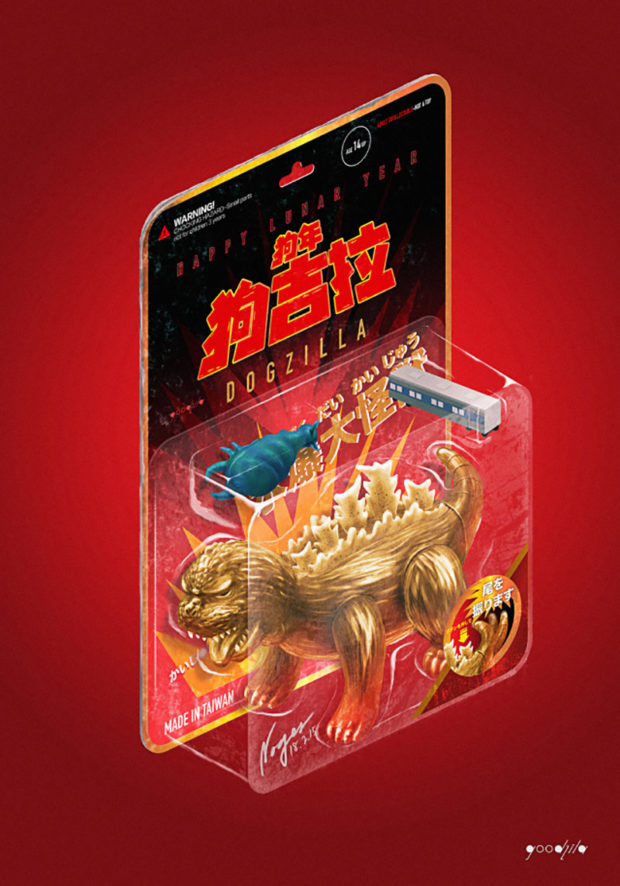 Noger designed this Dogzilla figure to celebrate the Year of the Dog, but we’d be happy to have this spiky pooch scampering about in our yard no matter what year it is. This golden pup even has a tiny subway car to chomp down on instead of a bone, along with some sort of creepy crawler he can chase around too. 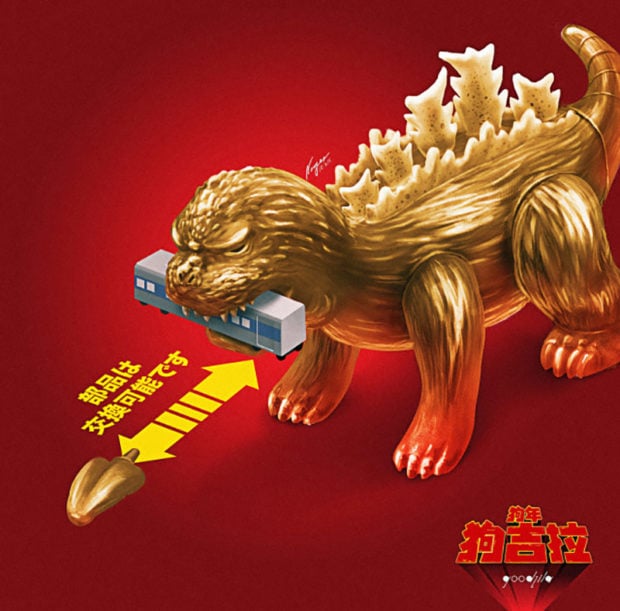 He’s even got a waggy tail to show you just how happy he is. Good Boy! 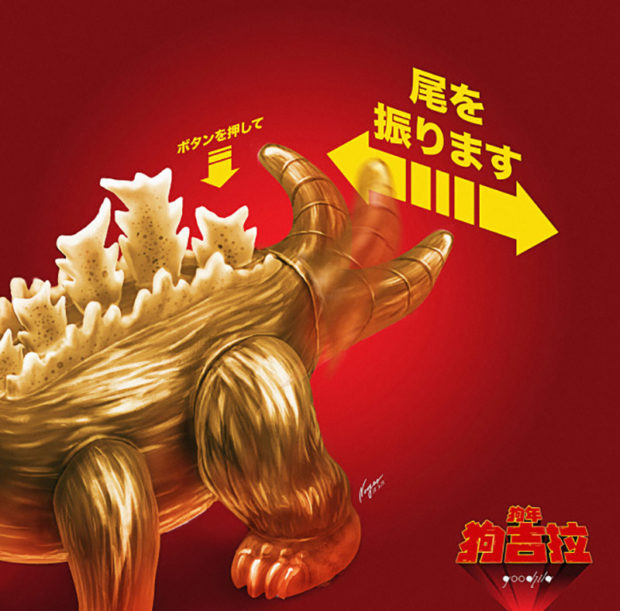 Sadly, Dogzilla isn’t real, nor is he really even a figure you can buy. Instead, he just appears to be a concept design at this point. But if I could have a real Dogzilla of my own, I would name him George and hug him and pet him and squeeze him.