Wow, that title must be a first for humanity. Normally it’s the human losing jobs because of robots. Remember Flippy? He’s an industrial robotic arm capable of grilling and flipping up to 2,000 burgers a day. The bot was poised to start taking jobs from our pimply faced youth. 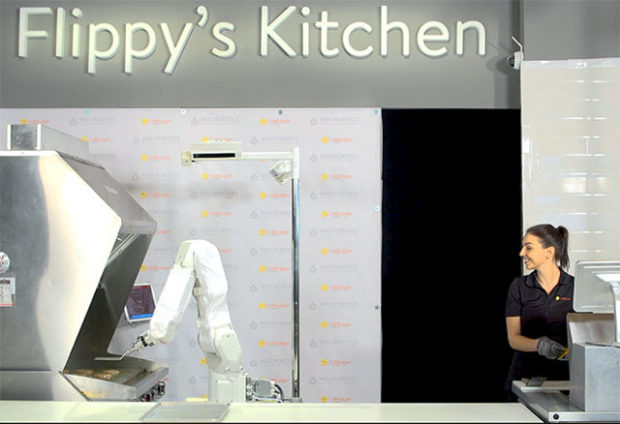 Well, it actually began working at Pasadena, California based CaliBurger restaurant, but here’s the thing: It was put on indefinite leave two days later because its human coworkers couldn’t keep up with the breakneck speed of its burger making. Cue Nelson from The Simpsons: HA HA!

Take that robots! How does it feel for you to lose your job to us for a change? I mean, granted, it’s because of our inferior skills and inability to keep up, but still. Our robot overlords can suck it. Leave the burger making to us.

Basically, the company paid like $100,000 for a robot that only worked for two days. In the automotive world, that’s what’s known as a lemon. Now our acne-ridden youths can get back to making burgers, the way God intended. Slowly. This also means that the spit in your burger is back because you were a rude jerk. God bless America!

[via USA Today via Geekologie]