This Robot Can Do Splits with Its Jet-Powered Feet

Great. Here’s another thing a robot can do something that I can’t – splits. Robotics engineers at Guangdong University of Technology’s School of Automation in China have developed a new robot that has jet-powered feet. This improves the bot’s balance, agility, and capabilities. 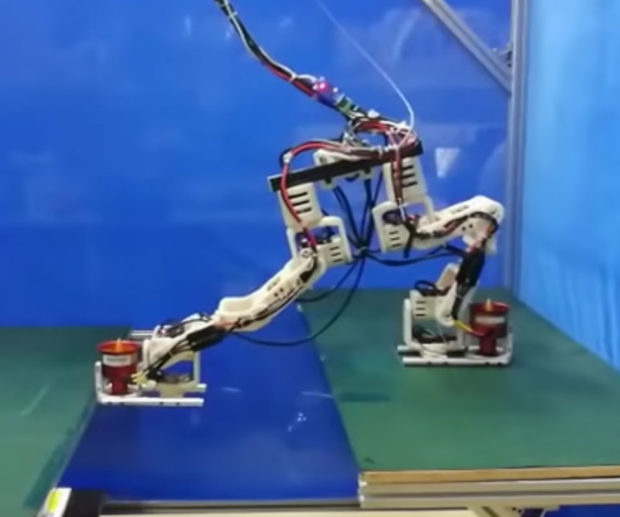 Sure, we can make a robot leg that moves like a human leg, but keeping an upright robot balanced while walking is still a challenge. Bipedal robots still fall down a lot on rough terrain. That’s where these ducted fan robot feet come in handy. Each one produces about two kilograms of thrust, which is about a third of the robot’s weight. As the robot stretches out one of its legs to traverse a large gap, or step over something, the jet on its foot provides additional support. The robot always needs to have at least one foot on the ground though.

Pretty cool right? Until they can fly of course. Then it’s not cool. For now, this robot can cross distances as wide as nearly one-and-a-half feet, which is about 97 percent of the robot’s leg’s length. Without the ducted fans assisting the maneuver, it was limited to just over three-and-a-half inches.