Buying a car is an expensive decision. So how can car manufacturers get you to pull the trigger and make a purchase? By making it fun. That’s what this huge car vending machine in China is all about. Ford and Alibaba built this vending machine for cars that you can try before you buy. The Super Test-Drive Center in Guangzhou was announced at the end of 2017 and now it is ready. 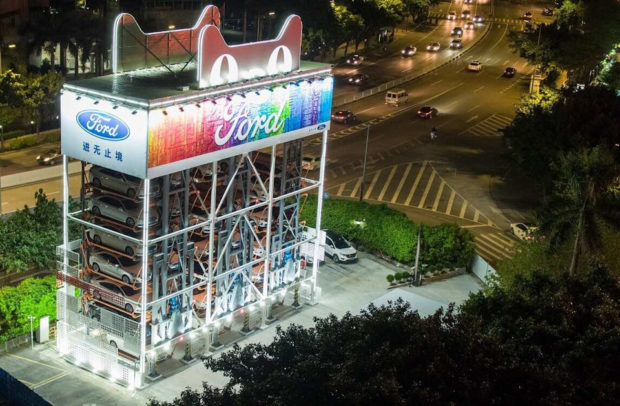 This oversize vending machine holds 42 cars, letting you test drive and hopefully say yes to a new Ford. To schedule a test drive, users share a selfie, then pay a nominal test-drive fee and pass a credit check using Alibaba’s Tmall app. Once this is done, they can grab a car to test it out. Prospective buyers can choose from 10 different models, including the Mondeo, the Explorer, even an imported Mustang. Then they can spend the next three days driving it before returning it to the machine.

Sadly this won’t be around long, but it will run between now and April 23rd. I guess we will see if this gets them more sales or less. If it gets more, I’m sure we will see it happen again in at least a few locations.

[via Gasgoo via Engadget]