Mario Kart Gets a Monopoly Game of Its Own

Big surprise, there’s another version of Monopoly to add to the hundreds that are already in existence. Although this one is better than some of the versions out there, and should actually be in demand. Hasbro’s Mario Kart-themed Monopoly is for serious Nintendo fans. I mean, you won’t get the excitement of actually racing and tossing bananas on the road, but it could be a fun game for the family. 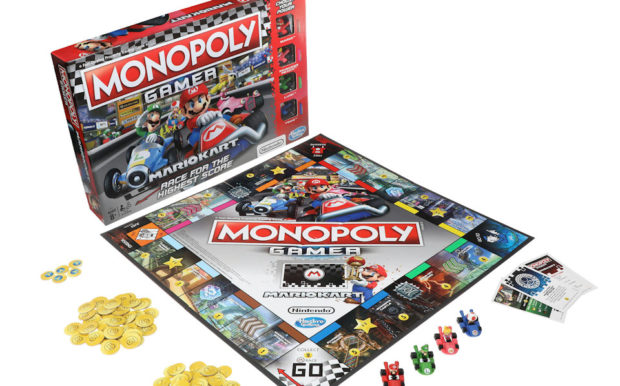 Monopoly Gamer: Mario Kart incorporates the game’s characters and themes. You can choose from Mario, Princess Peach, Luigi, and Toad Mario Kart tokens, all of which all have their own powers and abilities. For example, when the Toad token player rolls a Power-up Boost, all players have to pay them a coin. Toad is always so sneaky. You can also purchase Mario Kart-themed properties, including Rainbow Road and Bowser’s Castle. And when you pass Go, you collect $200 Kart coins, but you also trigger a race where you can compete against the other players for the “Grand Prix” card. See, I told you this Monopoly version has more going on. You still have to dodge banana peels and shells too. 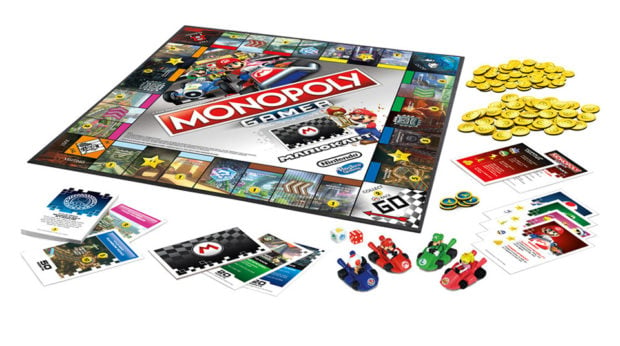 Monopoly Gamer: Mario Kart edition is available from GameStop now for $29.99. Additional Power Packs with new abilities and figures will be available in late May for $4.99 each.