This 15-Foot Tall Exoskeleton is Made for Racing, But Is Still Taking Baby Steps

This is the Furrion Prothesis exoskeleton.  It is a giant 8,000-pound mech that should be saved for our defense when Godzilla and his enemies show up. Apparently, it’s designed for mech racing, but it could also be used to destroy homes and small cities while stomping civilians into dust. 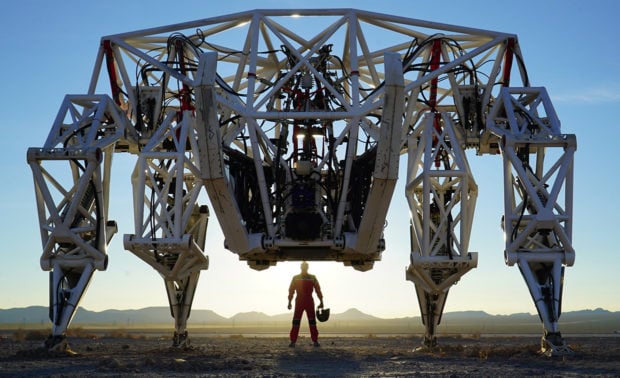 It is an impressive beast, but it does have some drawbacks. For instance, the exoskeleton’s battery lasts only about an hour.That’s not ideal if you’re gonna be fighting giant monsters. It can allegedly do 20 mph and jump 10 feet high, although sadly we don’t see any proof of that in the video. I’m gonna go out on a limb here and say that’s BS. This thing has some cool tusks though. Not sure what those are for, other than to look awesome.

Anyway, mech racing is a thing now and apparently, the X-Mech Racing League is coming soon. I’m not sure how exciting these races are going to be since these mechs don’t go all that fast. Maybe they will have obstacles and stuff, but even so, it still doesn’t seem very exciting. But what do I know? I’m just another human to be crushed under the feet of these gigantic mechanical athletes. 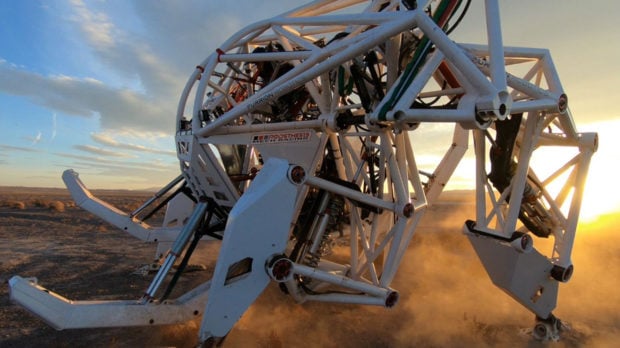 [via Techcrunch via Geekologie]