Avengers: Infinity War is hitting theaters on April 27th here in the States, so we don’t have long to wait now. To celebrate the release of this major geek milestone, UK crochet designer Liz Ward created a crocheted Infinity Gauntlet. 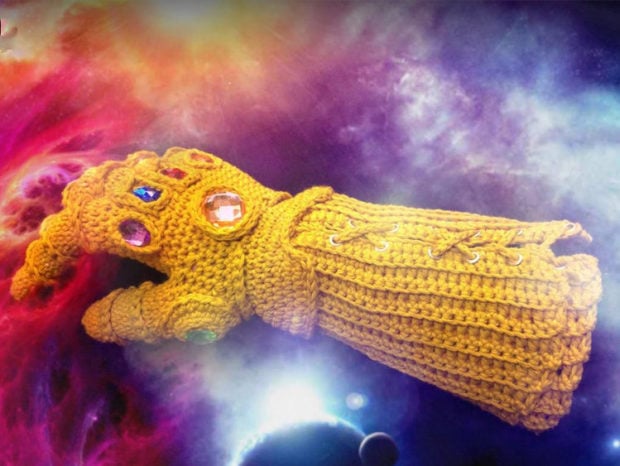 This allows her to rule the crafting universe with an soft fist. The pattern for her universe ruling gauntlet is available to purchase from her Etsy shop if you want your own turn ruling the cosmos. Make two of these bad boys and you have yourself a great pair of winter gloves.

Of course, the problem is that now that this design is available, everyone is going to have amazing God-like powers. You know what that means. You all are going to have to battle each other like a bunch of Greek Gods for supremacy. Then us puny humans are going to pay the price just by being in the way. Thanks, Liz Ward. We really needed to have our homes destroyed by a bunch of titans fighting while wearing crocheted gloves. Thanks a lot.

If you have a bunker you’d better get in it right now, because once the movie comes out anyone wearing these gauntlets is going to get mighty riled up.