Who rules the universe? You rule the universe if you’re wearing this over-the-top Avengers: Infinity War Infinity Gauntlet From New Era’s 59Fifty line. It’s Thanos’ version of galactic bling, which handily beats Earthly bling. It also can control pretty much everything. 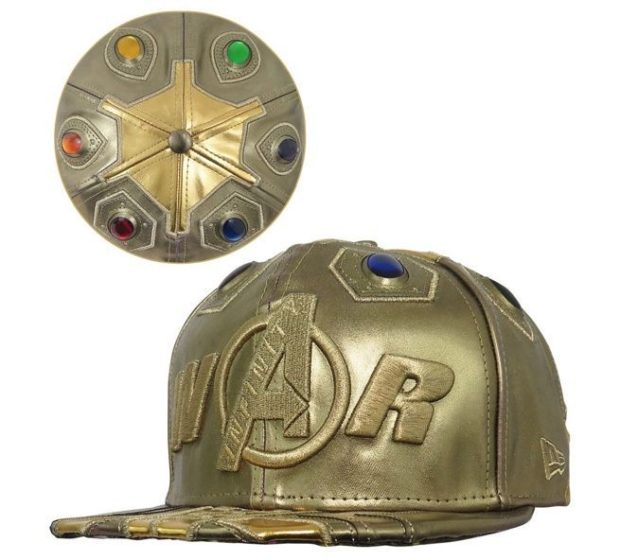 This hat is a SuperHeroStuff exclusive and you can pre-order it for $99.99. It should be available in May. You have to be a serious fan to shell out that kind of money for a hat, even if it is super geeky and has all the infinity stones on it. Then again, this is a small price to pay for the power to turn heads and make them say, “wait, what?”. It will definitely get you noticed. 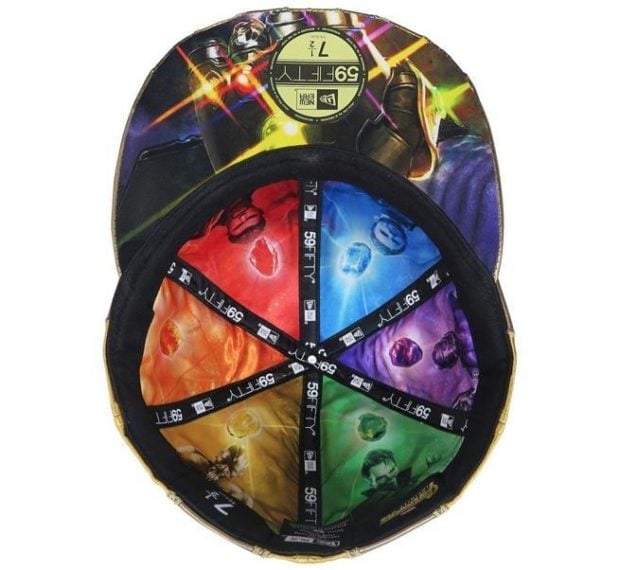 It has the Avengers logo front and center within the word war, the bill is stitched to simulate layered gauntlet plating and has runes on it, and under the bill, you’ll find an illustration of the actual infinity gauntlet. Then there’s the inner lining of the cap with six Avengers illustrations.

Now that I’ve seen this, I really hope that Thanos wears one in the movie. There’s no question that this is a hat to rule all other hats. Are you fanboy enough to wear it?