If you have ever dreamed of being a dinosaur, these inflatable costumes make it happen. The latest additions to the Jurassic World: Fallen Kingdom merchandise line are perhaps the coolest dinosaur costumes ever. Your dino cosplay has never been more on point. 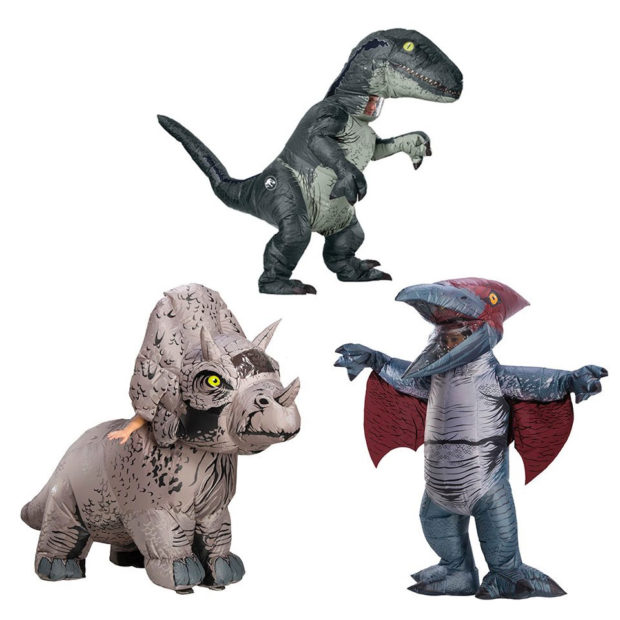 You can choose from Blue the velociraptor, a pteranodon, and a triceratops. They do need better and less obvious eye-holes, because those face windows just ruin the illusion, but they’re still pretty cool. Each one has a pair of battery operated fans inside to keep it inflated, and because it’s hot being a dinosaur. It won’t be long before we see people doing parkour in these costumes, although it might be hard while wearing the triceratops costume.

Also, I just noticed that they just slapped the Jurassic Worlds logo on that velociraptor’s ass. That just seems wrong, like they branded the poor beast. What I’m really hoping for is that people wear these costumes and then fight in a super secret dinosaur fight club. Because I’d really like to see that. Maybe a big brawl with like 20 dinosaurs while the crowd throws giant inflatable meteors in the ring. It isn’t over until all but one is extinct.