You already know how things go when you and a friend try to build IKEA furniture. Now you can see how two robots do it. Watch as two ‘off the shelf’ industrial robotic arms put together a Stephan chair. These robots look like they are doing a great job, with no instruction manual in sight. 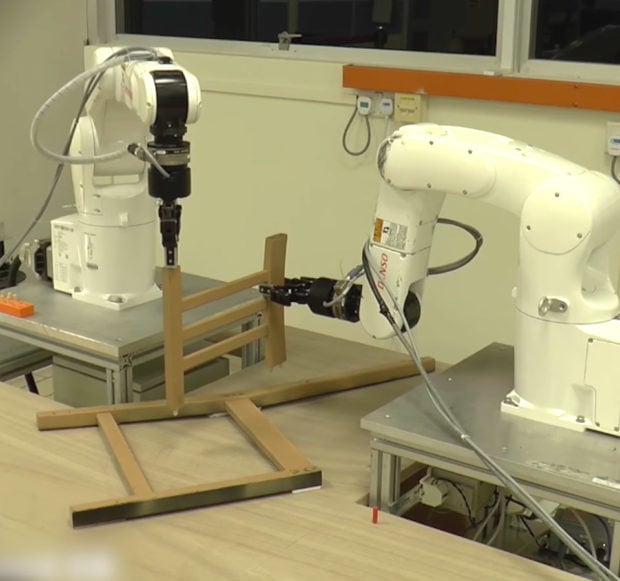 So, are robots better at assembling IKEA furniture than you are? Apparently, they are.  From planning to execution, it only took 20 minutes, with the actual construction taking only 8 minutes, 55 seconds. They did give the robots some basic instructions in code, telling them that this piece goes first into this other piece, etc.

Then they put the pieces in front of the robots in a random order. They had a hard time with the position of some of the pieces, but it didn’t take them long to figure things out. I guess it won’t be long until IKEA pimps out robots to build the furniture for you after you buy it – for a small fee, of course.

Some humans seem to have a hard time with IKEA furniture, but I’ve never had much of a problem putting this stuff together myself. Maybe I’m part robot.

[via Wired via Geekologie]