Westworld is known for its lifelike robot “hosts” that you can’t tell from humans. Simone Giertz, on the other hand, is known for building really crappy robots. In fact, she’s the Queen of Shitty Robots. So the folks at Delos would never ask Simone to build them a robot for their murder-park. Because what you will get is a funny-looking, hilarious host knockoff that is both stupid and creepy looking as hell. 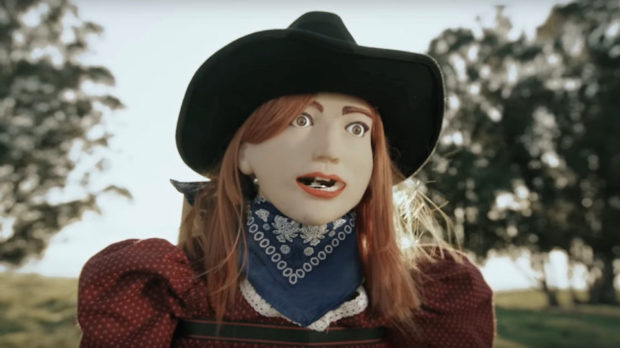 She used a medical doll as the base, then set out to replicate two of the most important elements of a Westworld host: talking and arm-movement. She wanted to make it look like herself, hoping to get on the hit HBO show. You know, having seen the finished robot, I’m not sure that it will make it into the show. What do you think?

I don’t think we will need to worry about whether Simone’s robots are human or not. It’s painfully obvious. I’d actually like to see her in charge of a robot theme park though because it would be a real horror show. That’s a show I’d like to see HBO make. It would give both adults and kids some serious nightmares if this robot is any indication. Please stop making this thing move its mouth.