This animated LEGO scene depicts Darth Vader’s TIE fighter chasing Luke’s X-wing during the Death Star trench run in A New Hope. It is both calming and mesmerizing. Jason Allemann built this kinetic sculpture and it is a super cool desk toy that I need in my life. 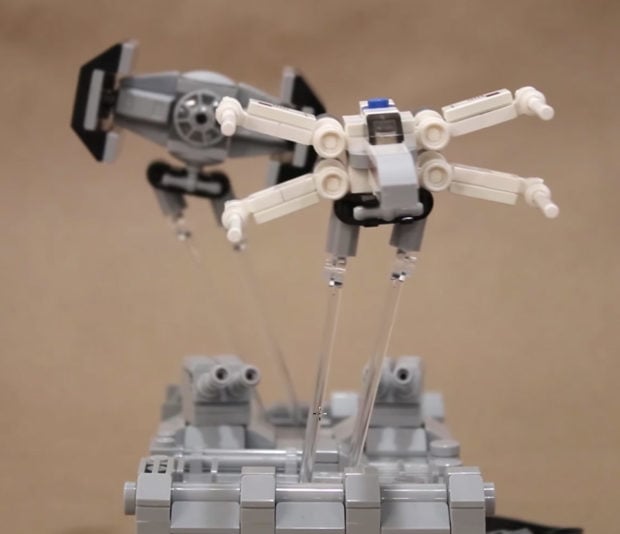 Jason used moving LEGO Technic parts that are hidden just below the surface to make the ships rock back and forth. There are also a pair of ion cannons that move as he turns the crank. I just love this piece. It’s so simple and elegant. You might say it’s a LEGO build for a more civilized age.

The model is an alternate version of another set, “Pursuit of Flight,” that Allemann has shared to the LEGO Ideas site. That sculpture has a pair of WW1 fighter planes instead of Star Wars ships.

Actually, idea would work for any ship chasing another. You could have a jet chasing a UFO, or the Enterprise chasing a Klingon ship and so on. Maybe he could make it so you can replace the ships at will. There’s no doubt about it, Jason is super talented and has an amazing geek mind.