This Crazy Rube Goldberg Machine Is a Tape Dispenser

What if I told you that it takes a full five minutes to get a single piece of tape out of this insane Rube Goldberg machine? Hey, it’s about the journey, not the tape. At least that’s what I would keep telling myself if I had to wait on this machine to get said tape. 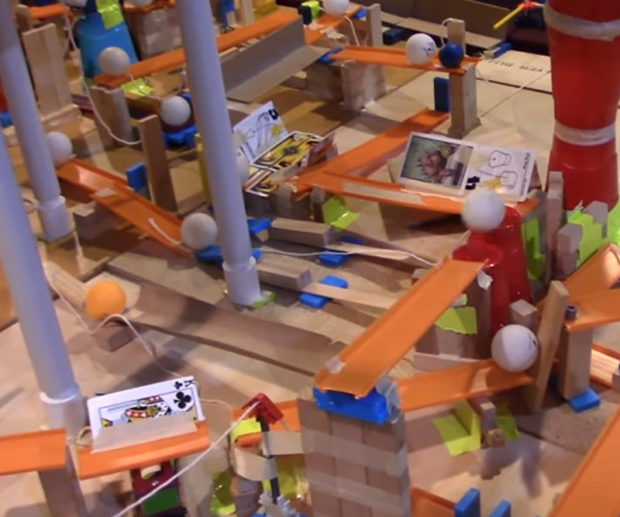 This overly complicated machine was built by Youtuber DaksDominos. It took him two months to put it together, and he had to get through 187 failed attempts before finally getting this video of a success. The amount of stuff happening on this machine is crazy. Remember, he had to set everything up again each time. That’s crazy. Isn’t this the definition of insanity? How does anyone have that much patience? Or maybe he just really needed a piece of tape that badly.

Anyway, you can watch the whole process right here without having to invest two months and 187 failed attempts. That’s the benefit of letting someone else do all of the work for you. It just goes to show you that with enough SOLO cups, ping pong balls, Hot Wheels tracks, and tape, you can do almost anything, as long as you don’t mind that it takes forever to do.