May the 4th was a hot day in New York. It felt like Tatooine. Luckily, fans who didn’t want to walk around in the heat had the option to take a leisurely ride around Bryant Park in a LEGO version the Millennium Falcon. Sadly, this version would suck at the Kessel Run, but it’s a great way to take in the sights of the city at a slow pace. 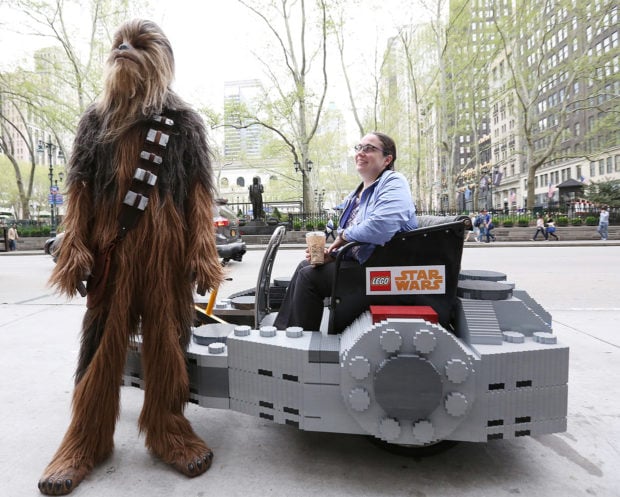 This 9-foot long, 6-foot wide ship took 20,300 bricks and 396 hours to build. That’s 16-and-a-half days. I wish I could have taken a ride in this thing. Aside from just being fun, this was also to raise awareness for a great cause. The guy pedaling this thing really should have been dressed like Han Solo though. 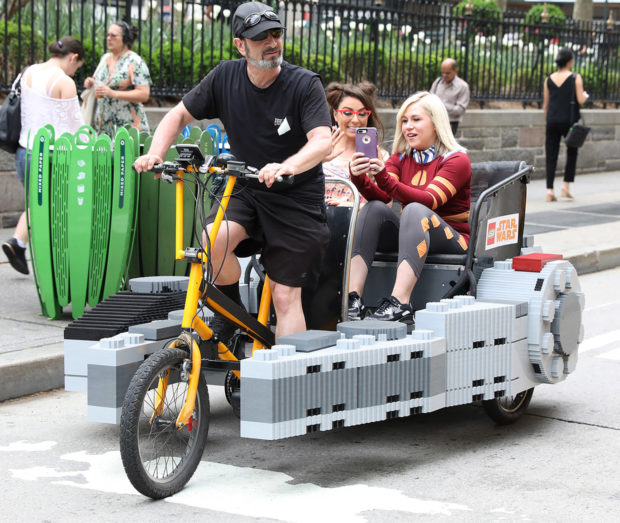 The LEGO Group is also helping to promote charitable campaign Roar for Change, which “supports UNICEF’s lifesaving work for children around the world.” Until May 25, Star Wars: Force for Change will donate one dollar for every public “post, like, or share on Facebook, Instagram or Twitter that includes #RoarForChange,” up to one million dollars. Pretty awesome.