You have to be really devoted to Star Wars to do things like cosplay, or build your kid a cool Star Wars themed room. You have to be completely devoted and also obsessed to build a full-scale replica of the Millennium Falcon’s cockpit. That’s just what these fans have been doing, and it looks completely amazing. 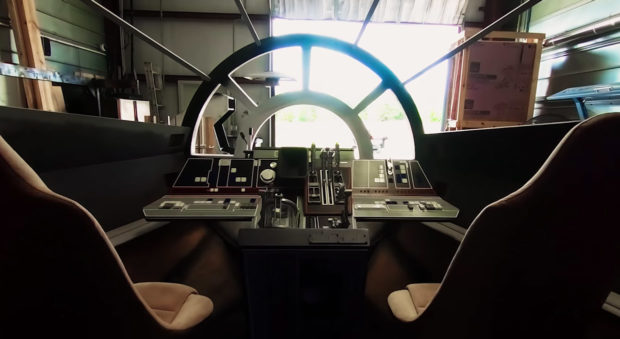 For the past six years Greg Dietrich, Jake Polatty, and a group of other Star Wars fans have been building this insane full-size version of the Millennium Falcon’s cockpit. All of the details are spot on. And believe it or not, it was built entirely in a garage in Alabama. It’s the ultimate adult Star Wars playset.

None of these guys admits to dressing up as Han and Chewie and sitting in the cockpit, but you know it had to have happened by now. All I know is that these guys rock. And that if they ever do decide to build the rest of the Falcon to go with this cockpit, it’s going to take a long long time. And they’re gonna need a bigger garage.