Boston Dynamics continues to build out their robotic menagerie with more sophisticated, agile, and intelligent robots. A recently published video shows the company’s SpotMini robot autonomously navigating around their offices. It basically just shows off the fact that these things will be able to seek and destroy humans, even in an office environment. And climbing stairs won’t help you. It has zero problems with stairs. Office dwellers of the future can kiss their sedentary butts goodbye. 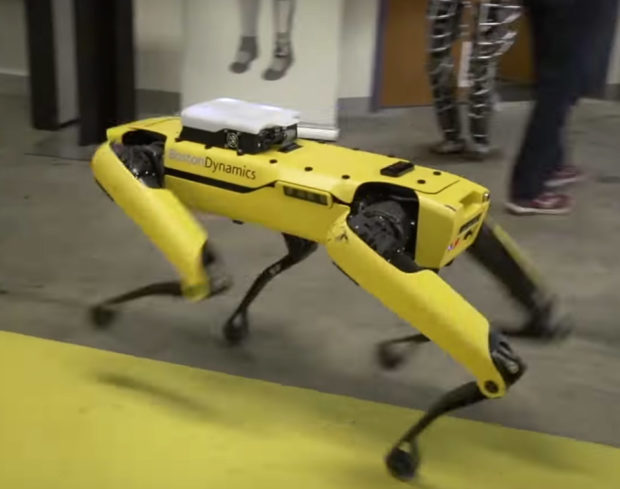 The takeaway here is that there’s nowhere to run and nowhere to hide. Don’t even bother trying. It’s better to just sit at your desk having a last meal and putting the final touches on that spreadsheet. By the way, they were kind enough to include the robot’s Terminator-vision this video so you can see the world the way it sees it.

Robot dogs will be the death of us. Meanwhile, I don’t see these scientists building any robot cats. That proves that they are out to kill us all and claim the world for themselves, where they can be kings over their robot and non-scientist human slaves. Yes folks, that’s what happens when you make fun of nerds. They grow up to build killer robots. So please stop the bullying, before we all pay the price.

Listen to the Sound of Our Robotic Doom

The Life and Death of 3D