People seem to have a lot of trouble assembling IKEA furniture, which I never quite understood. But whether or not you manage complete its construction, you can always try to turn it into something else. Like turning it into an R/C plane and just flying it away into the wild blue yonder. That’s what the guys at YouTube’s FliteTest recently did. 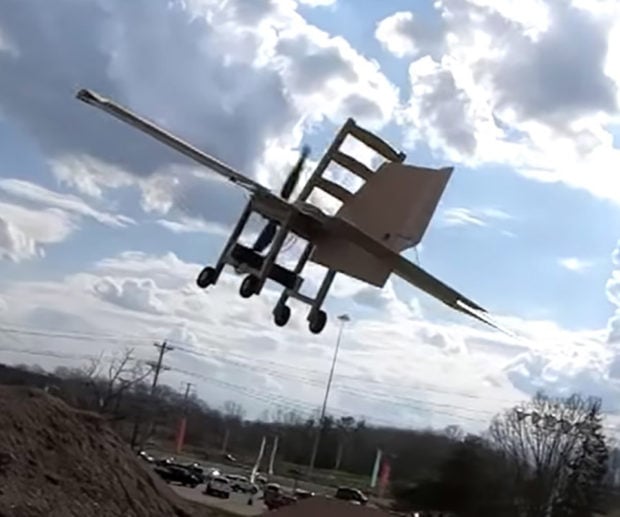 They wanted to get one of IKEA’s cheap Jokkmokk wooden chairs airborne and they succeeded. Incredibly, it took FliteTest builder Stefan only six hours to make the chair air-worthy. This is more impressive than it sounds, because building an R/C plane that actually flies isn’t easy. Even building one from a kit can be pretty tough.

You can check out the Chairplane’s build and maiden voyage in the video below. If you want to skip the build details, takeoff starts at 7:13. Not only does this thing fly, but it flies well.

These guys are like the modern day Wright brothers since no one has ever used a wooden IKEA chair as an airframe before. They made history. The only upgrade it might need now is a stronger motor so the pilot can sit on the chair during flight. That would be pretty awesome.

Maybe IKEA can start making R/C plane kits like this to sell in their stores, so people can complain they can’t build them either.