Don’t say we didn’t warn you about the impending robot apocalypse. One of the most terrifying robots on the horizon has to be Boston Dynamics‘ ATLAS robot. Terrifying because they are teaching this thing to do all kinds of new tricks. Like how to run and jump for instance. Great job, robot geeks. Now they can chase us down and jump over obstacles. It’s like you want them to kill us all. 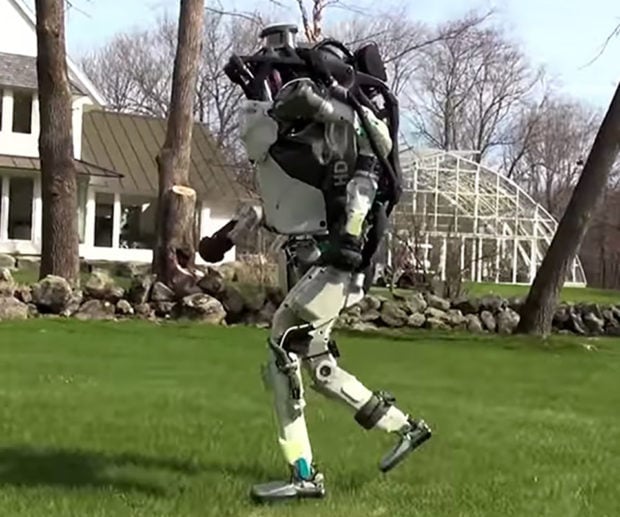 Much to our horror, the company recently released footage demonstrating the robot’s improved jogging and jumping skills. Now Auralnauts has released their own edit of the video, which envisions that ATLAS has escaped from his human masters. The clip will have you laughing, but also crying because this thing can really run:

The commentary from the robot’s pursuers is hilarious, but the video is a bit open-ended. Did ATLAS get away, or did they take the shot? I have no idea. I really want to know. All I can say for sure is that in a few years these robots will be running after us, then locking us up in human zoos for their own amusement.

We better start kissing their metal butts and ingratiating ourselves with our new overlords.