If you’ve ever wanted a blaster that looks like it is actually firing lasers, Joerg Sprave is your man. He has come up with a clever way to simulate blaster fire. There are no actual deadly lasers here, so no worries about shooting your eye out. Instead, he uses glow sticks in his replica of Rey’s blaster from Star Wars: The Force Awakens. 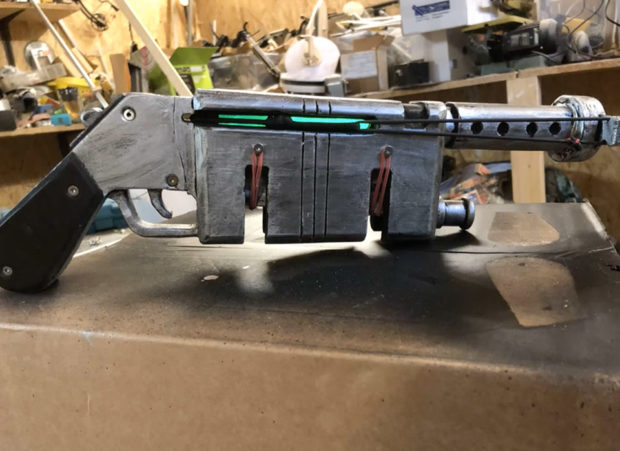 As with all of Sprave’s builds, this replica is completely custom, so it won’t be for sale. But he does go over the details of its construction if you want to build one for yourself. It looks like all you need is basic woodworking skills—and access to some good elastics. Put in a little hard work and you have yourself a cool laser shooting blaster, and an awesome cosplay accessory.

Obviously, it especially looks great in the dark. You can build two of them and have a kick-ass laser blaster fight in the backyard when the sun goes down so that your neighbors think there’s an alien invasion. Hopefully, they aren’t in the mood to fill aliens full of buckshot. Good job as usual, Joerg!