I was a huge fan of the first Deadpool movie – it was hilarious, action packed, violent, and raunchy. If Deadpool 2 lives up to the genius marketing the film has had, I expect to be equally impressed with it. One of my favorite things Deadpool has done is dress up like Bob Ross.

I grew up watching Ross turn mistakes into happy little trees and am still a fan of his show and work. Entertainment Earth has a Deadpool Bob Ross Pop! figure that will be available this June, and it looks awesome. 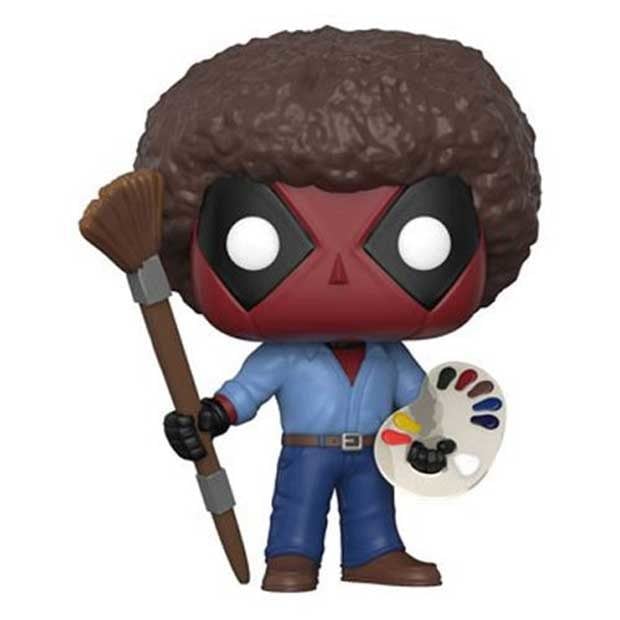 Rosspool comes with a giant paintbrush, painter’s palette, and that afro that was Ross’ signature look. The toy sells for $10.99, and Deadpool fans need to own it.