The Frisbee Has Been “Reinvented”, and We’re Not Sure That’s a Good Thing

61 years ago, the Frisbee was born. That was when Wham-O Inc. acquired the rights to the flying disc and officially named it. Now, the company says it’s reinvented the Frisbee. This new version looks wobbly and warped. It is called the Frisbee Sonic. 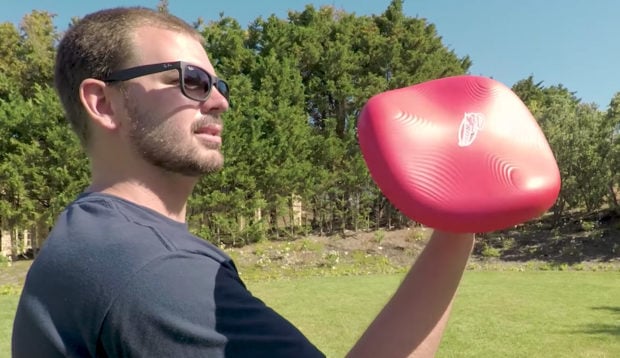 It is basically a frisbee that has been all twisted up. It’s weird. It’s being funded on Kickstarter, because you know, god forbid they use their own money and just make the damn thing. The crowdfunding campaign advertises the Frisbee Sonic as the “‘square’ Frisbee” that’s “easier to hold and to throw”. Maybe that’s true, but do we really need a new frisbee? And if you watch the video, it looks like the damn thing barely works and doesn’t fly as smoothly as the original.

Hey, I have something for you!… Here’s a busted up old plastic plate. Look how it flies through the air. Seriously, this is stupid and silly. Maybe I’m wrong, for the sake of the backers, but I doubt it because I’m never wrong.