Look at this brilliant and brave, yet insane man. This guy and his buddies took the engine off a Honda CRF230 dirt bike and figured out a way to graft that thing into a Barbie Power Wheels Mustang. This is exactly like the Barbie Mustang my daughter terrorized the neighborhood in as a 4-year-old. The main difference is that I could jog faster than she could go in top gear and this nutcase hit 70 mph in his. 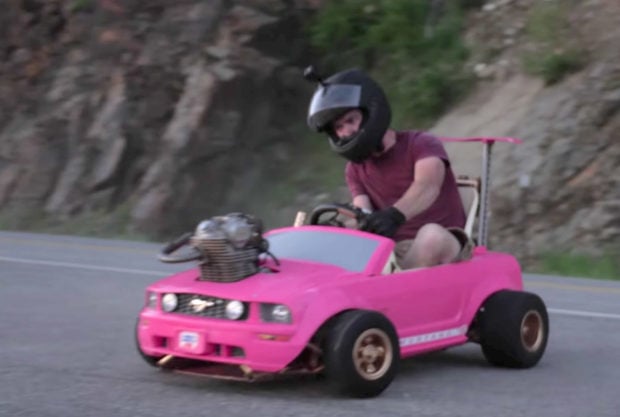 Grind Hard Plumbing Co. cheated a little by setting the body of the kids’ Mustang over a go-kart frame, but damn if it’s not still awesome. I really want to drive this thing. Check it out in action in the first two videos below, then a little of the build process in the time-lapse afterwards: