Disney is always pushing boundaries when it comes to their robots. That’s why the robots in their theme parks are so cool. Check out this video demonstration of Disney Research’s Stickman. It’s a robotic, and acrobatic stickperson that can do single and double backflips. 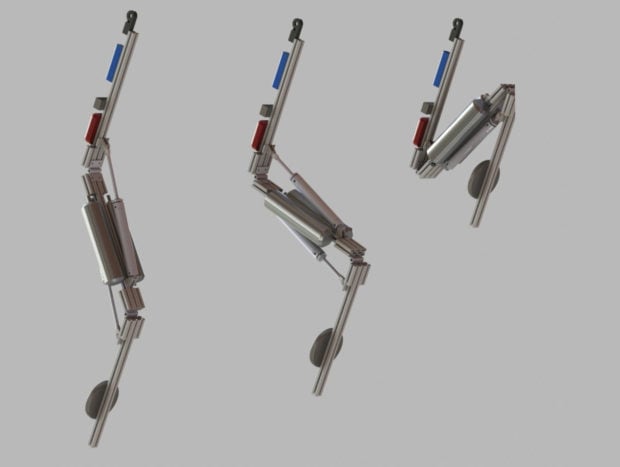 Robots have become better at imitating some of the stunts that humans can do. So much so that a simple two degree of freedom robot can be an awesome acrobat. It uses a gravity-driven pendulum to launch, and can perform a bunch of somersaulting stunts. The robot uses an inertial-measurement unit (IMU) and a laser rangefinder to estimate where it is in mid-flight and actuates to change its motion both on and off the pendulum. That’s nerd talk for “It’s really effing good in the circus.”

We have no what Stickman will eventually be used for, but I’m hoping that Disney puts on a circus show with nothing but robots. Or maybe they will enter one of their robots in the Olympic games and it will win a gold medal. I have no idea. They’ll probably use these robots to round people up and force them to go to Disney World against their will.

Seriously though, it’s pretty cool to see this thing in action.