As a child of the ’80s, I have watched lots and lots of episodes of Mister Rogers’ Neighborhood, and the thing I always wanted most was one of those little trolley cars to carry stuff around my house for me. The show creeped me out a bit, and did nothing to make cardigans more popular. 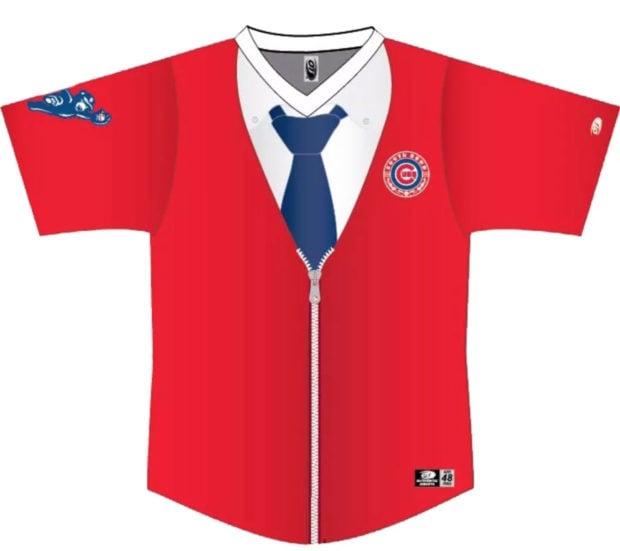 That zip-up sweater was the childrens’ show host’s most iconic bit of apparel, and now a minor league baseball team will soon wear jerseys that look like one of his famed cardigans. South Bend, Indiana’s Class-A farm team the South Bend Cubs will wear the jerseys on August 12th.

The fancy jerseys will be trotted out in recognition of the 50th anniversary of the show that taught kids around the world to be good neighbors and to wear house shoes. Clips from the series will be shown on video boards throughout the game as well. There will be no jersey replicas sold to the public, but you can bid on the game-worn shirts in an auction to benefit the local PBS station.