This Drone Umbrella Follows You to Keep You Dry

Imagine pulling into your driveway and getting out of your car while your umbrella is already hovering there to protect your from a downpour as as you get out. Imagine one hovering over you as you walk down the street. Soon enough, you may never need to hold an umbrella again. Drones teaming up with umbrellas. That’s the future I want. 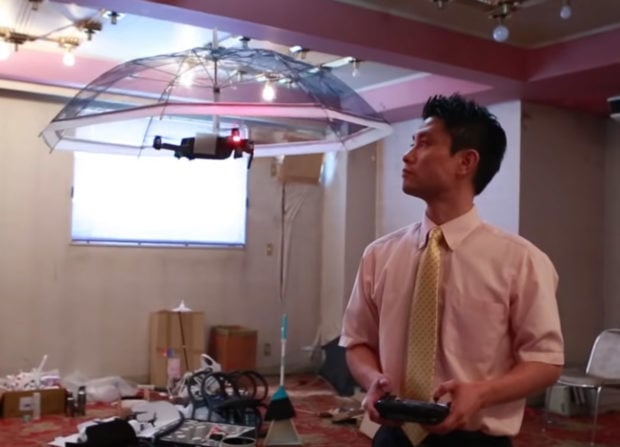 A Japanese company called Asahi Power Services is making it happen. It’s not just for rainy days either. Drone umbrellas can help you beat the heat on a sunny day too. While the prototype requires manual piloting, the Free Parasol will eventually use a camera and AI to register, track, and autonomously follow a user’s head to keep them covered. This is technology that’s already in use with autonomous drones, so the concept isn’t entirely new, but they have to work out the kinks before everyone is walking around with a drone umbrella.

Right now, the prototypes have a flight time of just 20 minutes, which isn’t a whole lot, but enough to get you between buildings or to your car during a rainstorm. The Free Parasol could be available as soon as 2019 for around $275. That’s when you’ll be seeing umbrellas crash into each other on every street. I hope not. It’s a cool idea. I really hope this happens.