Over the years, the Dark Souls franchise has gained a pretty big following. One Dark Souls fan is obsessed enough that he has recreated Firelink Shrine as a scene within LEGO Worlds. Yes, it is as awesome as it sounds. If you’ve never played LEGO Worlds, it’s a big building game where you play with and collect digital bricks, and more. 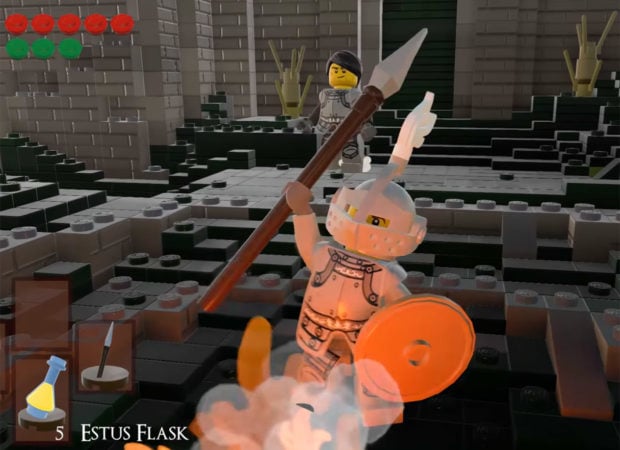 MythicMarty says that the geometry and combat were within the capabilities of LEGO Worlds, but the user interface and sound effects were overlaid on the video in After Effects. I really love what he has done here and I would love to play this game. This is just so well done. All of the details here are just awesome.

Can you please make this happen LEGO? I just never realized how cute the Dark Souls world would be in LEGO form. This must have taken a long time to make. Well, if I can’t play the game, at least I can enjoy this awesome video.