A group of Japanese scientists have created a proof-of-concept robot that may just be the best Super Soaker in the world. But instead of some kind of lawn sprinkler toy for summer fun, this one is designed to help extinguish fires, and keep firefighter safe. 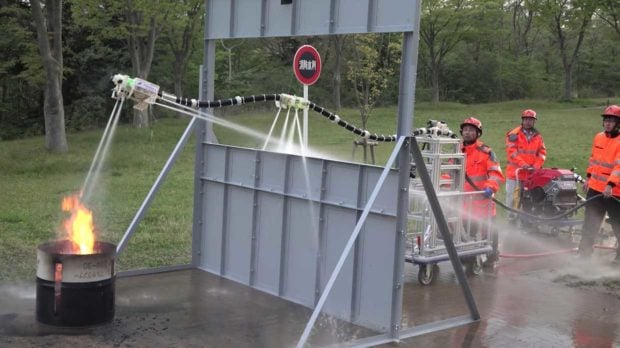 The robot, developed by engineers from Tohoku University and National Institute of Technology, Hachinohe College, looks like a snake and has high-pressure streams of water that come out in various directions. Water comes out with enough force that the robot can fly through the halls of a burning building and put out fires as it goes. Each nozzle is individually controllable, allowing the robot to snake through obstacles while targeting sources of flames. 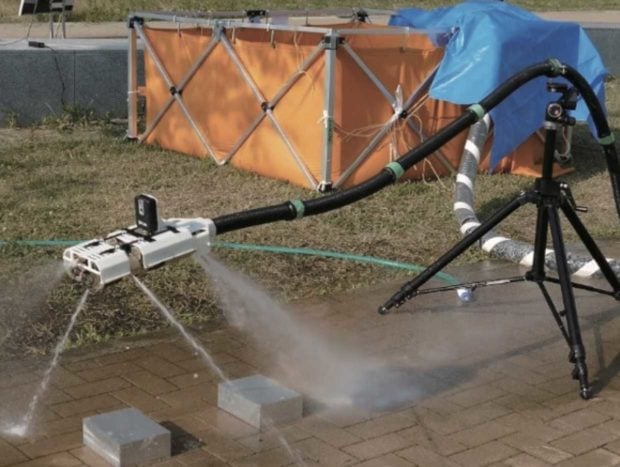 One use case for the robot would be snaking off the end of a ladder into a building through its windows, keeping the firefighter outside and away from the flames. With enough water pressure, it could fly as high into the air as its hose allows, so it could also be used for rooftop blazes.

This is as close as we have come to the water creature in “The Abyss” so far.