I’m betting that this Death Star mug is what all of the Imperial officers and Stormtroopers were drinking out of when Luke destroyed The Ultimate Power in the Universe. That’s a hell of a way to go. It was probably early morning. All they wanted was a first cup of coffee. And they never got it. All because of some farm boy who was becoming a wizard. 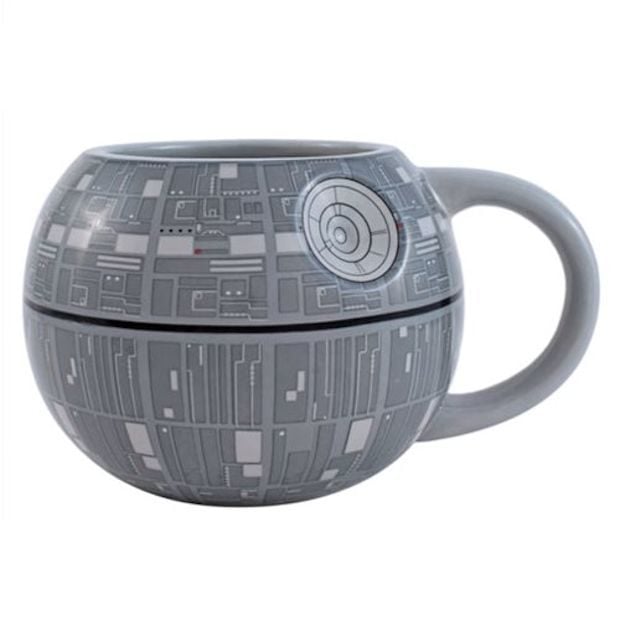 That makes me wonder if the folks on the second Death Star were drinking from mugs that matched that half-finished space station when it was destroyed. Anyway, this cool ceramic mug holds 20 ounces of your favorite drink.

While I’ve seen other Death Star mugs, I like this version better because it is actually round and bigger than the average coffee mug. You’ll have to hand wash it only, and it’s not microwave safe…. or safe from Rebel scum for that matter. You can get yours for just $12.99 from Entertainment Earth.

I think they should have a round Death Star sippy cup for kids, where the exhaust port is where you fill it up / sip from it. That would be cool. I’m an adult and I would drink from that.