Awesome Pokémon Vending Machines Are Showing Up in Japan

If you spend any time in Japan you’ll want to check out these nifty new vending machines selling Pokémon merchandise.  They seem to mainly sell Pokémon plushes, and they even deliver the goods in a special Pokémon box. Needless to say, people are excited that they can buy their goodies from official Pokémon Center vending machines now. 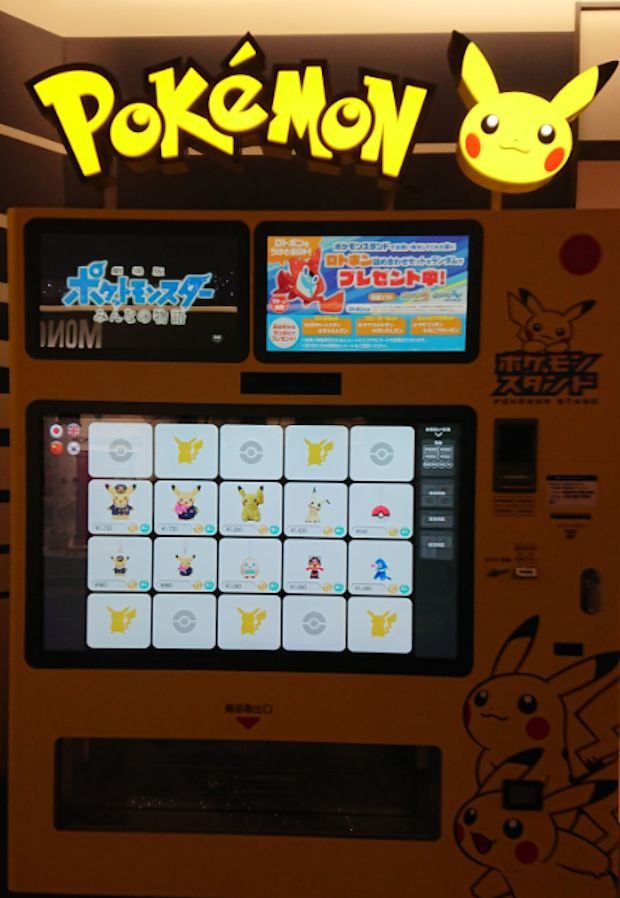 Pikachu is on the video screen to help you if you need anything and just cheer you on in general. There are two smaller display screens that show advertisements for stuff like TV shows and products, because what would your purchase be without advertising?

Pokémon fans will be thrilled if they encounter one of these machines in the wild. So far, the machines have shown up in places like Narita Airport, a service area in Shizuoka, Aqua City Odaiba, and a toll road rest stop in the Kanagawa prefecture.

The vending machines support Japanese, English, Chinese, and Korean languages, so even if Japanese isn’t your native tongue, you can still make a purchase. Too bad we don’t have more cool vending machines like these in the United States. I’m certain that Pokémon fans here would love to buy some merch from one of these.

[via Nintendo Life via Comic Book]