Firefighting Robot Inspired by a Fire-breathing Dragon, but Breathes Water Instead

Leave it to Japan to come up with a firefighting robot that looks like a dragon. This is actually a very clever idea. If you are building a robot to fight fires, you might as well use the water that you are fighting fires with to propel your robot and move it around. 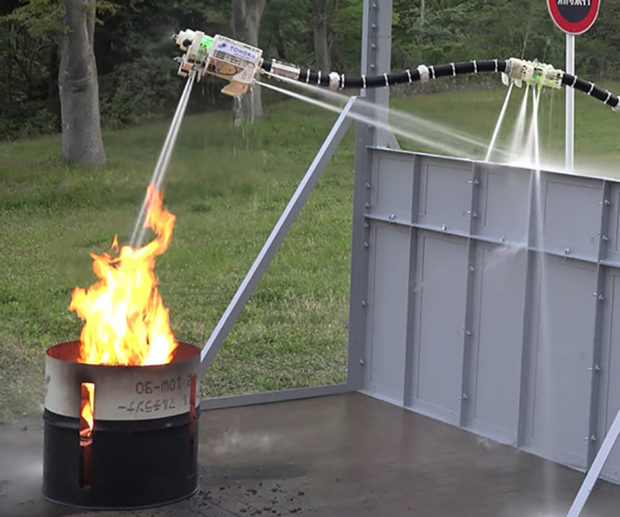 The Dragon firefighting robot was built by Professor Satoshi Tadokoro, and his team at Tohoku University and the National Institute of Technology. Their robot is raised by the same directional jets of water that are used to stop the fire.It also uses these jets of water to steer, moving the dragon’s head by firing water jets at different angles.

That all means that firefighters don’t have to lug the hose around themselves, and that the robot can get to the fire quickly on its own.

I’m not sure how effective this would actually be at putting out fires, but it is a cool idea. The main idea is that you would attach it to the end of a ladder or crane and let it explore a building that is on fire so that no humans have to step inside and get hurt.