This “Smart” Fingerprint Padlock Is Easily Defeated with a Screwdriver

Check out this fingerprint padlock. It was sent to lockpicking hobbyist LockPickingLawyer for review. It didn’t take him long to figure out that this lock can be disassembled by simply removing three Torx screws around the bezel. You don’t need a LockPickingLawyer to know that this isn’t going to keep anything secure. 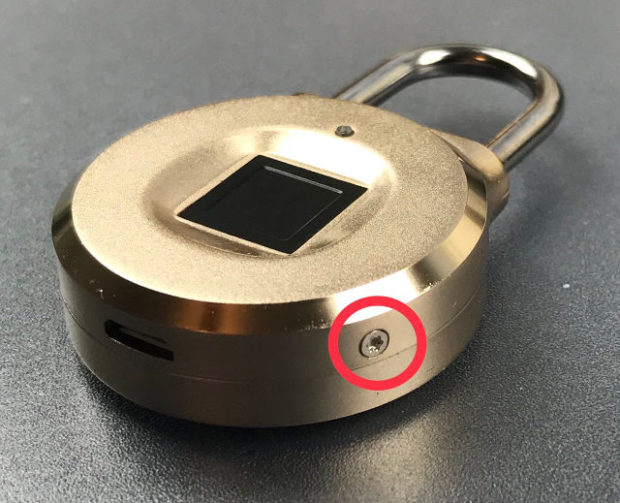 So you can remove all of the screws, get the shackle opened, and then screw it back up and relock the lock without anyone knowing. This is truly an innovation in home security and an innovation for thieves. So LockPickingLawyer let the manufacturer know about this critical design flaw, they responded:

the lock is invincible to the people who do not have a screw driver. 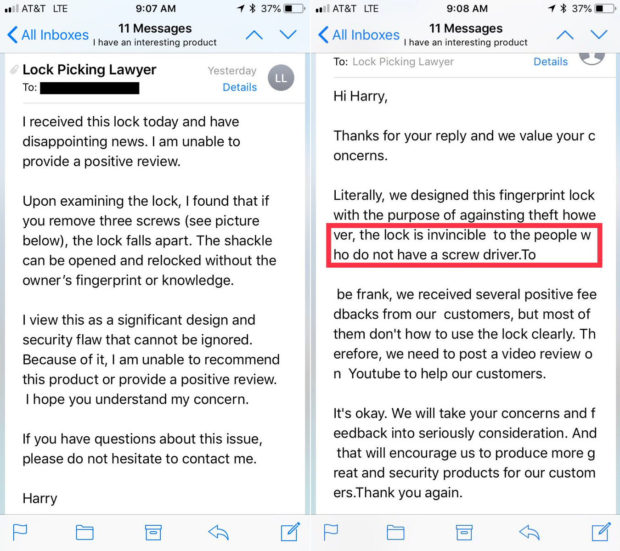 Here’s what you do as a criminal. You gift this lock to someone who is not very smart. Someone who won’t notice the screw on the lock. They use it and then you come over and steal a bunch of their things.

Seriously, this is the worst lock ever. Check out the screenshot of the conversation with the manufacturer, who is either clueless or just doesn’t care.