Oscar Mayer Adds a JetPack to Its Wienermobile Fleet

My Bologna has a first name, It’s O-S-C-A-R. My bologna has a second name, It’s M-A-Y-E-R. Oh, and now my bologna has a cool new jetpack too. Summer is hot dog season, and Oscar Meyer is going all out this year, introducing a jetpack to its fleet of Wienermobiles and other Weiner inspired vehicles. In other words, Oscar Meyer is basically the Bruce Wayne of hot dogs. I’m pretty sure they have a wiener cave where they park these wieners. Wow, that didn’t come out right at all. But I bet they do. 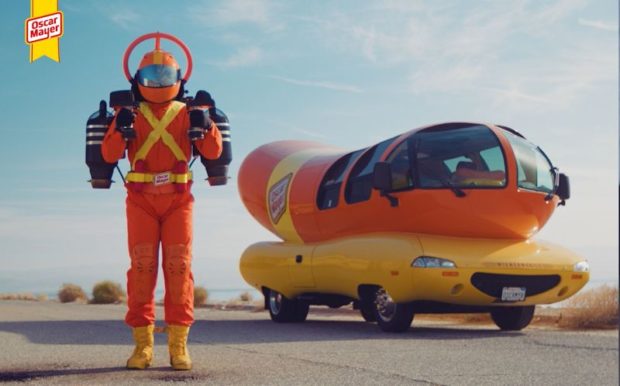 The flying wiener pack is called the “Super Hotdogger” and this is the unfortunate way that it was worded in the press release that I was sent is as follows: “a futuristic, jet pack-powered member of the WienerFleet.” A jet-powered member may not be the best way to word your weiner-related news. But Super Hotdogger is a great name for the flying, wiener-wielding hero.

They plan to use this Wienermobile jet pack to help get hot dogs in every hand this summer. Now this is a superhero that I can appreciate. That utility belt? It does nothing but keep his pants up and hold as many hot dogs as it can. So get your fill of wieners this summer… from a jet-powered spaceman! 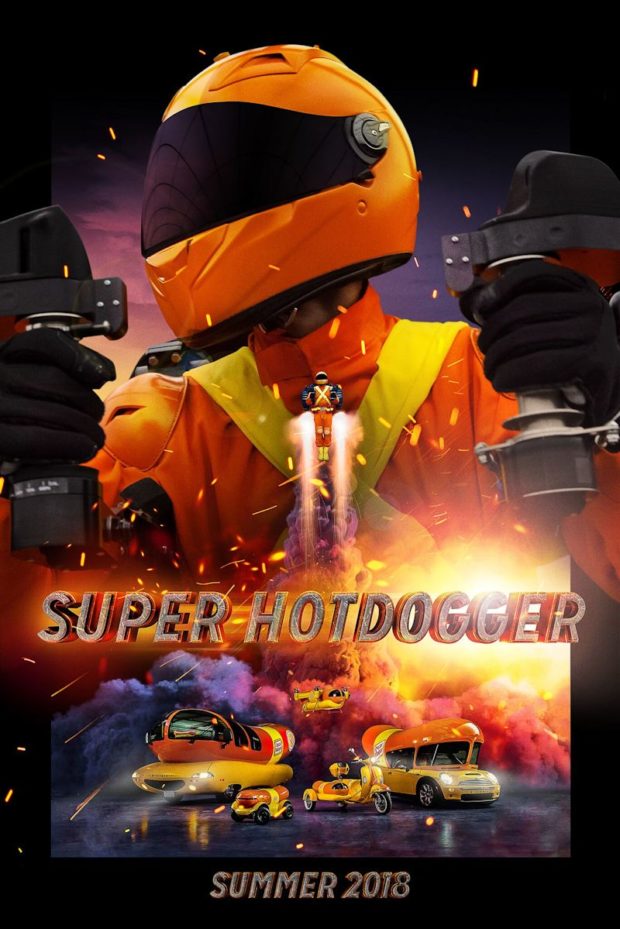