We’re big fans of 2001: A Space Odyssey around here. There isn’t nearly enough 2001 merch available for fans, so when we see something nifty, we’ve gotta post it. This sweet Hal 9000 USB Drive helps to rectify that situation. 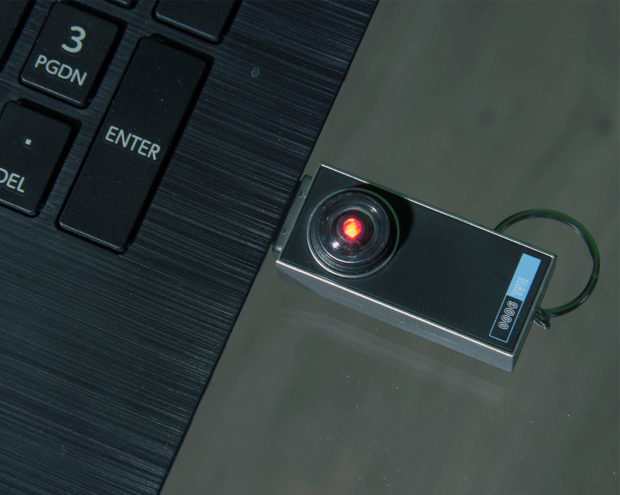 Kubrick’s dystopian masterpiece is one of the greatest sci-fi films ever and one of the most influential films in history. Many of the film’s predictions have come to pass in the 50 years since it first hit movie screens, most specifically talking computers that don’t do what you ask them to. 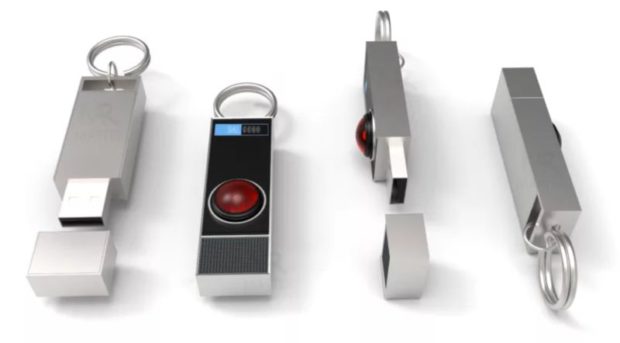 The limited-edition HAL Mini USB drive from Master Replicas Group is a great way to show your love for the murderous computer from the movie. The drive looks just like the face of the HAL 9000 computer from the second act of the film. The red lens that represents HAL’s camera eye lights up on the USB stick, so that is already pretty eerie. I’m really hoping that this USB drive doesn’t go insane like the original HAL. It might just deny you access to your own computer.

Let’s just hope that this drive is sane. It’s definitely worth buying, but watch it closely. Very closely. I’ll just use it for show. No way am I plugging this thing into my own computer.