Remember a month ago when Disney’s Stickman was the best robotic stuntman technology they had? Good times. Things are about to get way more human and way more creepy. Now the company is working on a series of truly acrobatic, humanoid stunt robots with their Stuntronics project. 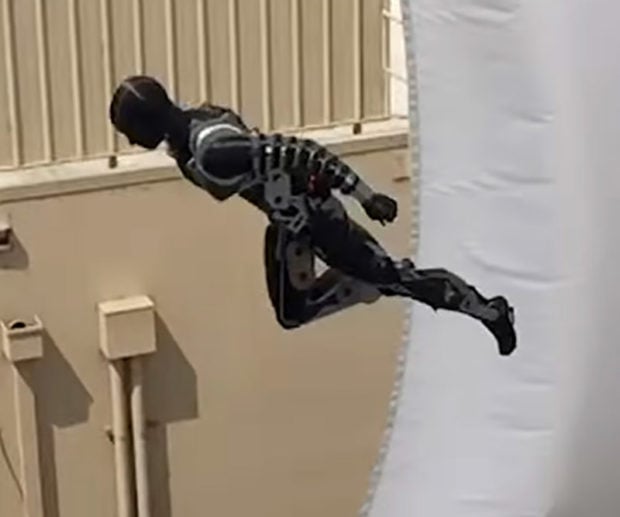 In the video below, the daredevil robots can be seen doing different acrobatic tricks as they get launched in the air and land in nets. The robots are self-correcting and self-balancing as they hurtle through the air. One of the ‘bots even appears to soar through the air like a superhero – though it can’t land on its own – at least not yet. That one pose that it does in midair reminds me of Iron Man. I predict that by 2044, these things will be zipping around Disney theme parks and occasionally colliding with birds.

Naturally, we can expect to see these robots in their theme parks in the future, as well as acting as stunt doubles in movies. Sorry stuntmen, it looks like you guys and gals are about to be put out of business by robots. Disney is well on the way to becoming Westworld. I just hope we are ready for the robot uprising when it happens.

[via Techcrunch via Gizmodo]