I remember when Honda’s humanoid robot Asimo seemed to be everywhere. The public loved him. We saw him at trade shows, on television programs, at amusement parks and even in concert halls. He was the face of robots, making us fear the robot apocalypse just a bit less. And now we have word that Honda’s robotic research project has been halted. Yes, it looks like Asimo is retiring. 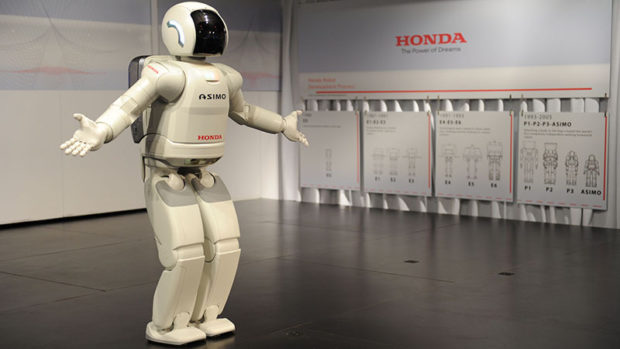 The technology that went into Asimo gave rise to all kinds of other robots. Asimo was one of the first robots who could recognize human waving as a gesture and wave back. However, Asimo’s appearances have grown fewer in recent years, and Honda’s official Asimo site hasn’t been updated in a year. Honda’s research team will shift their focus to other things now, but they won’t have Asimo’s character.

So let’s raise a glass to Asimo, or an oil can, and wish him well wherever he is. We will always remember you, buddy. There will never be a robot quite like you, ever again. I like to think that he’s reading this and giving us a slow wave goodbye from whatever the equivalent of an old age home is for robots. We will miss you, buddy.