Toilet Papering a House with a Drone

Sure, you can use drones to capture some cool aerial footage or to spy on your enemies, but this may be the best use of drones yet – toilet papering someone else’s house. Teal Drones CEO George Matus used a custom drone to do just that – in broad daylight. 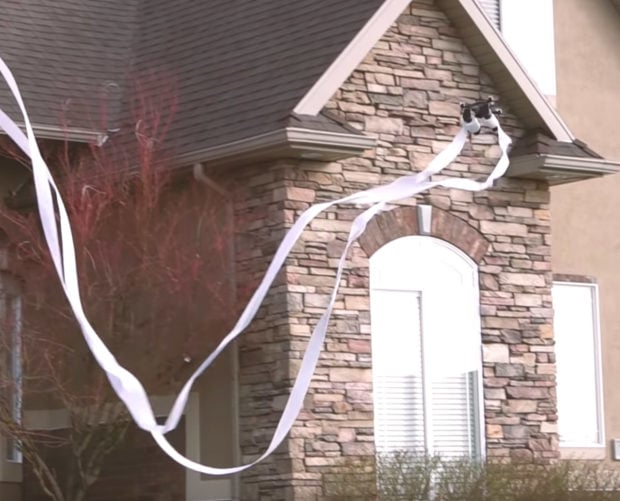 He used the drone to toilet paper his company’s chief operating officer Billy McGuire’s house. This was to celebrate his two year work anniversary. Do kids still do Mischief Night? That’s the night before Halloween when kids toilet paper houses, throw eggs at your door and write bad stuff on your car with a bar of soap. I really hope people start deploying drones that night to toilet paper houses across the country. That is now my dream.

If I have one gripe about George’s tactics, it’s that this drone needs to hold more than two rolls of toilet paper. You’ll get better coverage if it holds like 4 or 5. Because right now you have to reload and fly it back toward the house. That makes it more likely that the cops will come, or the owner will come outside with a shotgun.