This NERF-inspired Bazooka Is Anything But Safe

Over the last few years, NERF has added some awesome larger guns to its arsenal. Some even need a shoulder strap. But none of those weapons compare to Ryan & David’s recent creation: We’re talking a four-foot long custom-built rocket launcher that fires oversized darts made from pool noodles. Yes, pool noodles. 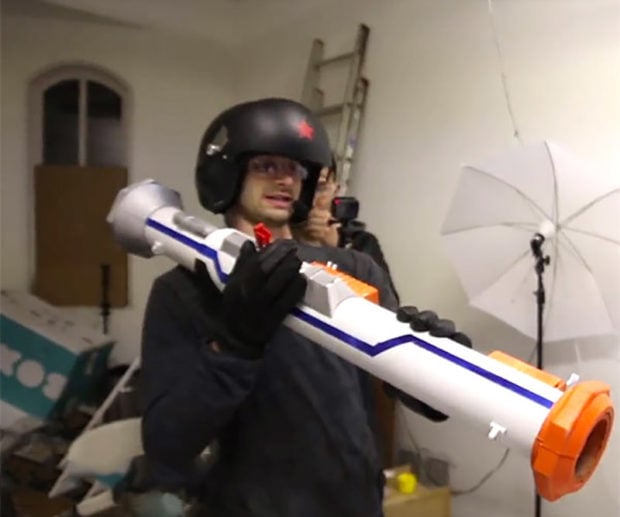 But this thing doesn’t use pressurized air to propel its giant darts, instead, like a true gun, it uses actual explosives to fire foam missiles. As you can see in the video, its powerful enough to deal out some serious damage.

If you are in a NERF war and someone shows up carrying this gun, run. Just run and keep running. Don’t look back. Seriously, when you see this thing destroy a styrofoam head, it’s no joke. The watermelon also gets completely obliterated. I hear what you’re saying. Your head is harder than that right? Well, target number three is an old Xbox 360 console, and guess what? It also has a very bad day.

Needless to say, don’t try this at home.